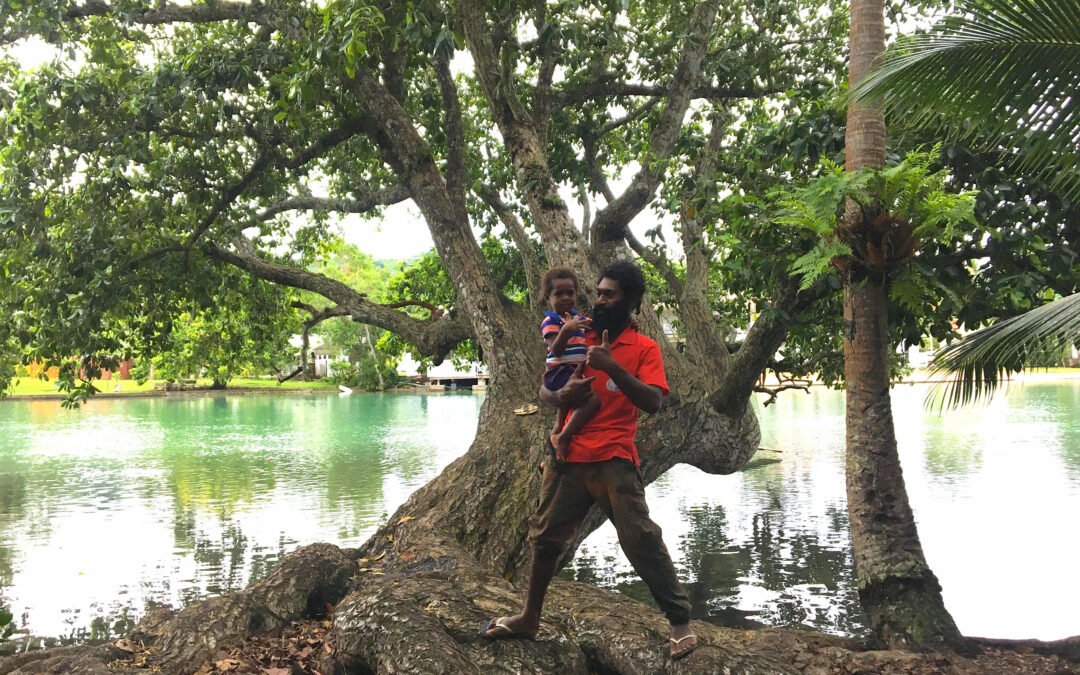 Pictured: Erakor Bridge Community resident David Kalsal, who has been a vocal campaigner for improved access to safe sanitation.

Across the world, 3.6 billion people are living without access to safe sanitation.

For many communities, conventional, affordable and easy-to-construct toilets are not a viable option due to the environmental landscape of the areas they live in. This lack of accessible and safe sanitation has a deep impact on the health, economy, and environment of those affected communities.

With teams in Cambodia, Vanuatu, and Timor-Leste, EWB’s Sanitation in Challenging Environments program exists to provide appropriate sanitation solutions for communities in need.

Around one-third of the Cambodian population resides in regions that are affected by high groundwater and flooding, which makes conventional sanitation facilities inappropriate. In Ratanakiri Province, this is compounded by time and energy-consuming access to water and limited water availability during the dry season.

To find a suitable sanitation solution in Ratanakiri, EWB Australia’s Cambodia team has been trailing how the SaTo pan can be successfully applied to the province’s challenging sanitation environment.

The SaTo pan is a lightweight plastic bowel that allows waste to flow towards an exit hole covered by a flap. When the pressure of the waste is applied, the flap opens, allowing the waste to flow out the exit hole and into a waste storage collection box, and then into a pit. The flap then returns to its position covering the exit hole.

Along with being relatively affordable, the SaTo pan is extremely water-efficient, therefore reducing the time and effort that the community members need to spend collecting water. Compared to the 3-5L of water needed to flush the traditional ceramic latrine pan, the SaTo pan uses 0.25-0.5L. This water efficiency is particularly important in the dry season when access to water in the drought-prone region is limited.

After a year-long trial in the Lumphat district of Ratanakiri, feedback sought from community members highlighted the SaTo pan’s water efficiency and affordability as perceived benefits. Those residents also found it easy to install, clean, and maintain.

Following the trial, research and analysis on the SaTo pan usage and implementation in rural areas has continued across Cambodia. 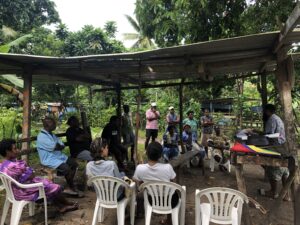 In Vanuatu, the Erakor Bridge Community resides in an area with high groundwater – in some parts, the water table is less than half a metre from the ground surface. The community also lies near the edge of the Erakor lagoon, which means residents are exposed to frequent flooding events. As such, standard sanitation systems simply aren’t appropriate.

Residents have raised concerns about the lagoon’s pollution levels, which are in part due to waste discharge. Pollution in the lagoon has consequences for the health, livelihood and lifestyle of the community. An analysis of the water quality of the lagoon confirmed the community’s concerns.

“The Department of Water Resources came live on national television to discuss the issue with the Erakor Lagoon. They have reported that the level of E. coli is very high, so they have warned residents and communities residing nearby to stop swimming in the lagoon, as well as to stop fishing.”

EWB Australia’s team in Vanuatu has been working with the community, Vanuatu’s Ministry of Health (MoH) and NGO Field Ready to develop a solution that will combat the dual problems of flooding and high groundwater.

The team has conducted an extensive community consultation process, with a focus on vulnerable groups, in order to find a solution that is sustainable and tailored for the environment and that will be accepted, used, and maintained by the community. The project has also included a community sanitation awareness campaign.

Working with the MoH has created the opportunity to incorporate insights from the project in Vanuatu’s Water, Sanitation and Hygiene (WASH) National Guidelines.

On the back of severe floods in Timor-Leste in April 2021, thousands of residents were left to shelter in evacuation centers. Homes were damaged and destroyed, the water supply to around 30% of the population was cut off and drainage systems were impacted.

With a team on the ground in Timor-Leste that has worked to address WASH in Timor-Leste communities for many years, EWB was able to immediately provide assistance when the floods occurred.

An important step in this process was investigating the sanitation requirements of the 19 evacuation centres, in order to design solutions and coordinate implementation.

In addition to the flood response support, EWB’s team in Timor-Leste has been working to improve household sanitation in rural areas. Together with Oxfam, women-in-engineering group Feto Enginhera, and disability advocacy organisation RHTO, EWB installed four accessible toilets in households in the sub-villages of Ailok-Laran and Mota-Kiik.

The team also designed and distributed a water two-wheel cart for the two villages, facilitating easier access to far-away water sources – which is crucial for safe sanitation.

You can support communities living with sanitation in challenging environments by donating here.