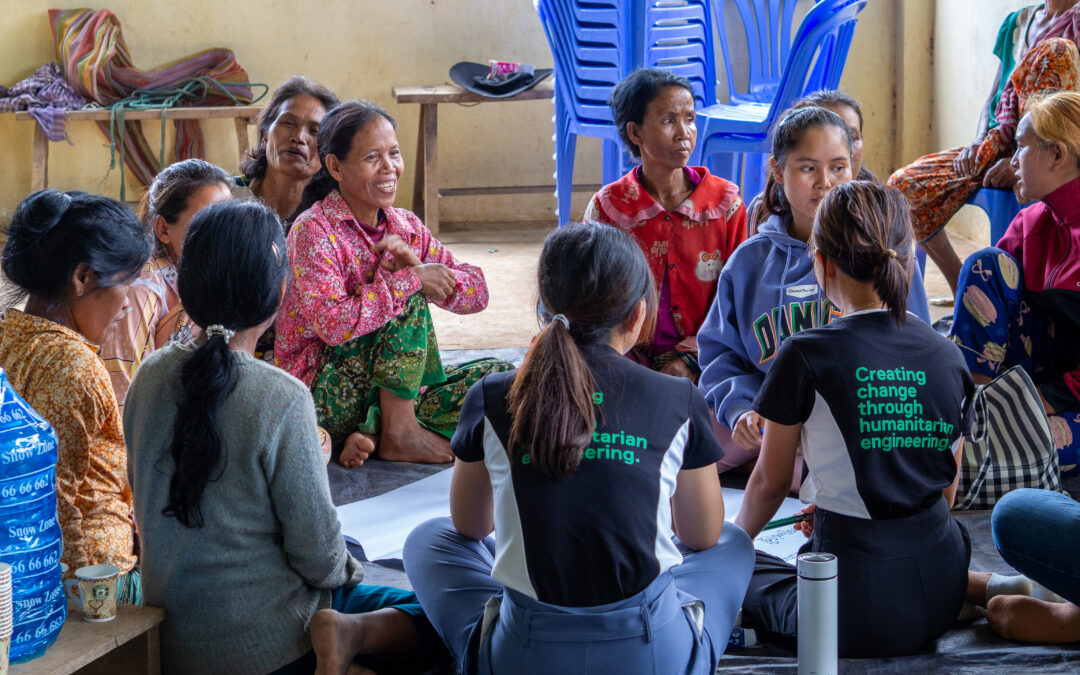 Each year, over 10,000 first-year university students across Australia and New Zealand participate in the EWB Challenge.  Students work in teams to develop a solution to challenges identified by EWB Australia’s community-based partners.

For the first time in EWB Challenge history, we’re delighted to offer two different community contexts for universities delivering the program in 2023; a First Nations context in Australia with Dawul Wuru Aboriginal Corporation, and a newly scoped Mondulkiri context in Cambodia, in partnership with the EWB Australia team in Cambodia.

The decision to offer two different community contexts is in response to feedback from university partners and an increasing demand for Indigenous Graduate Attributes to be fulfilled within engineering courses. 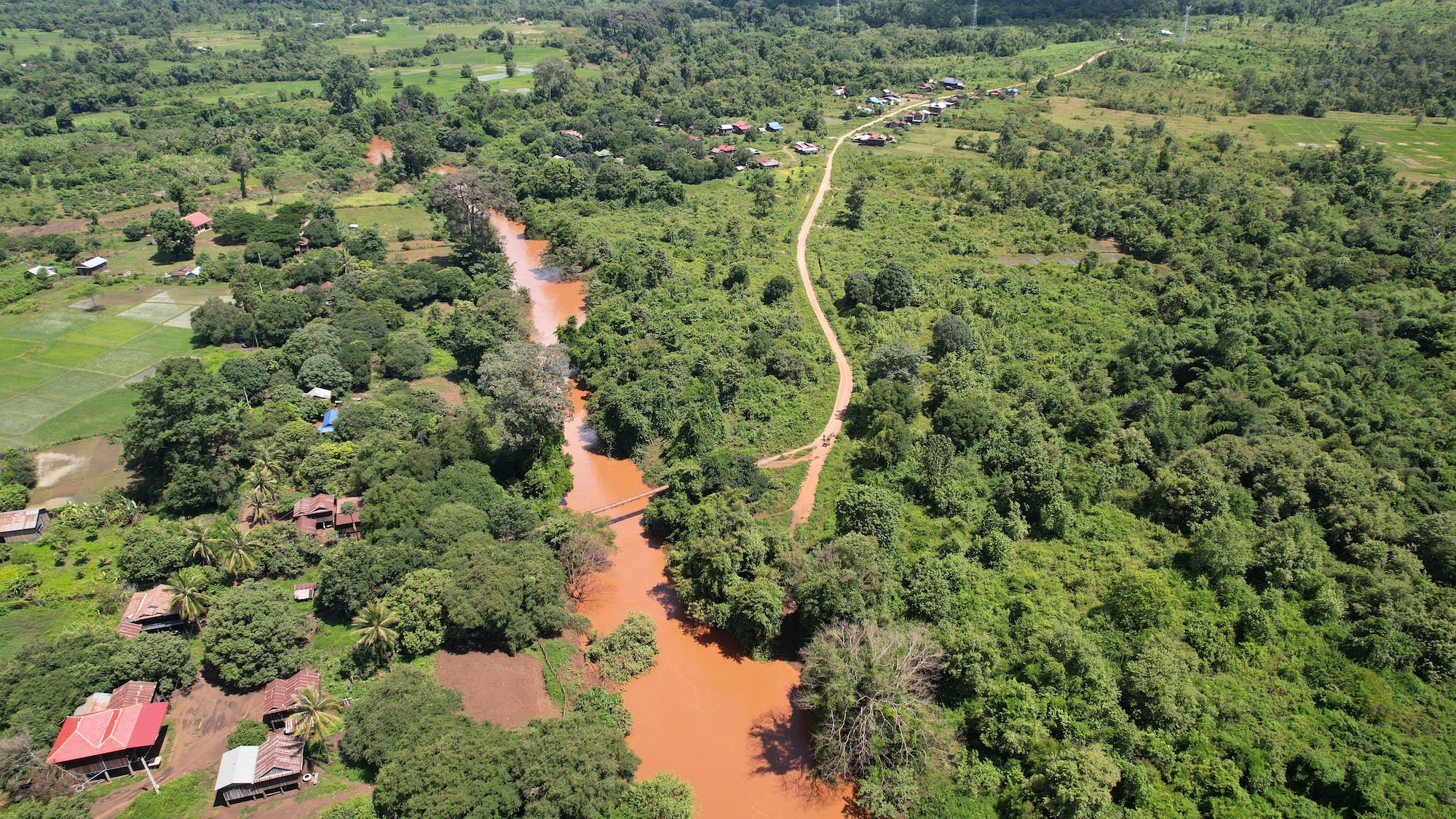 In August 2022, EWB staff from National Office, Grace and Mitch, joined EWB Australia’s Engineering team in Cambodia to scope the 2023 overseas context for the EWB Challenge. Together, they travelled to Pu Ngaol village in Mondulkiri province to learn from the community about their situation, aspirations and challenges.

Pu Ngaol village (pronounced ‘pu now’, meaning ‘bald uncle’) lies within a protected national park, nearly 400km north east of Cambodia’s capital Phnom Penh. Many people living in Pu Ngaol rely on the forest for their livelihoods, where they collect mushrooms to eat and tree resin to sell. Most of the village rely on rice farming for their livelihoods, and will supplement their diet with home grown vegetables and fish caught from a local stream.

“We were quickly swept up by the beauty of Mondulkiri’s forests and wildlife as we drove in through the rolling roads. We soon began to learn about the forests from the community perspective and just how vital it was for their livelihoods.

It was also really interesting to see the make-shift designs that village members made themselves of water catchments from their roofs to collect water in the wet season – and in contrast to the difficulty they face collecting water in the dry season, which significantly limits their crop and vegetable generation and in turn their health and income.

I’m really looking forward to seeing the students take inspiration from the village combined with new ideas and seeing what they come up with.” – Grace Roberts, EWB Challenge Series Lead 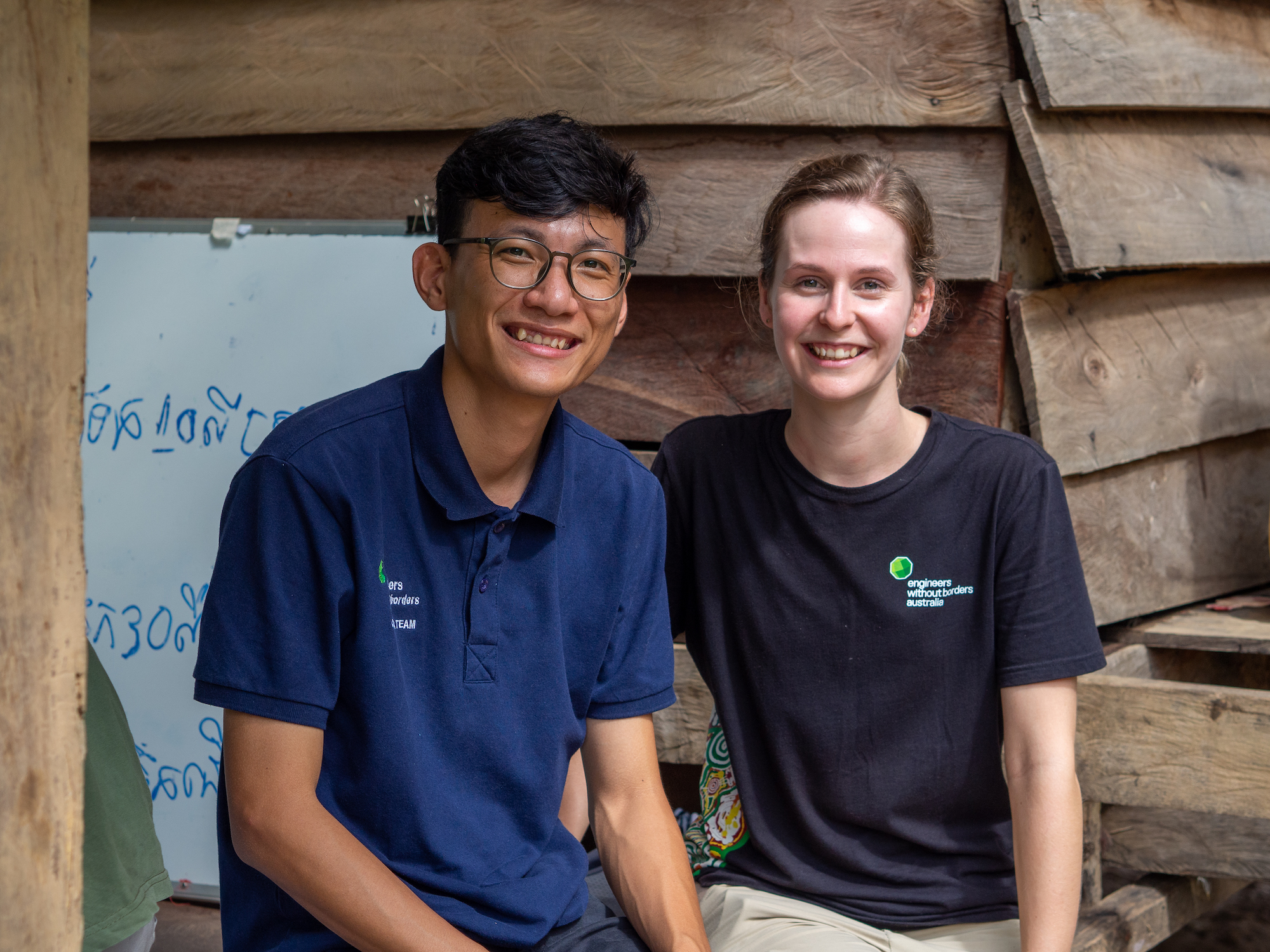 “Pu Ngaol village is home to a remote, Indigenous community that has faced many challenges such as access to water for agriculture, water storage, lack of agriculture tools and access to sanitation. In spite of these challenges, many community members told us in the group discussion and interviews that they don’t want to leave Pu Ngaol.

Through the application of Human-Centred Design tools and EWB’s Technology Development Approach, we were able to learn about the community’s current challenges and past successes. These workshops brought us closer to the community and will pave the way for EWB Australia in Cambodia to explore new project opportunities that could help community members live a better life in Pu Ngaol village.” – Chanrika Keo, Program Support Officer in Cambodia

Students participating in the 2023 EWB Challenge within the Mondulkiri province context will develop design proposals addressing one or more of the following themes:

Students will also have access to immersive virtual reality interactives captured using 360 degree cameras and drones developed by EWB. Students will need to consider the many challenges posed by the wet and dry seasons in Cambodia when designing their proposals for Pu Ngaol village, amongst other challenges raised by the village members.

Innovative design ideas generated by students taking part in the 2023 EWB Challenge will support EWB’s Engineering team and their work on the ground in Mondulkiri province.

The 2023 EWB Challenge is proudly sponsored by RS Group.

Find out more about the EWB Challenge here.