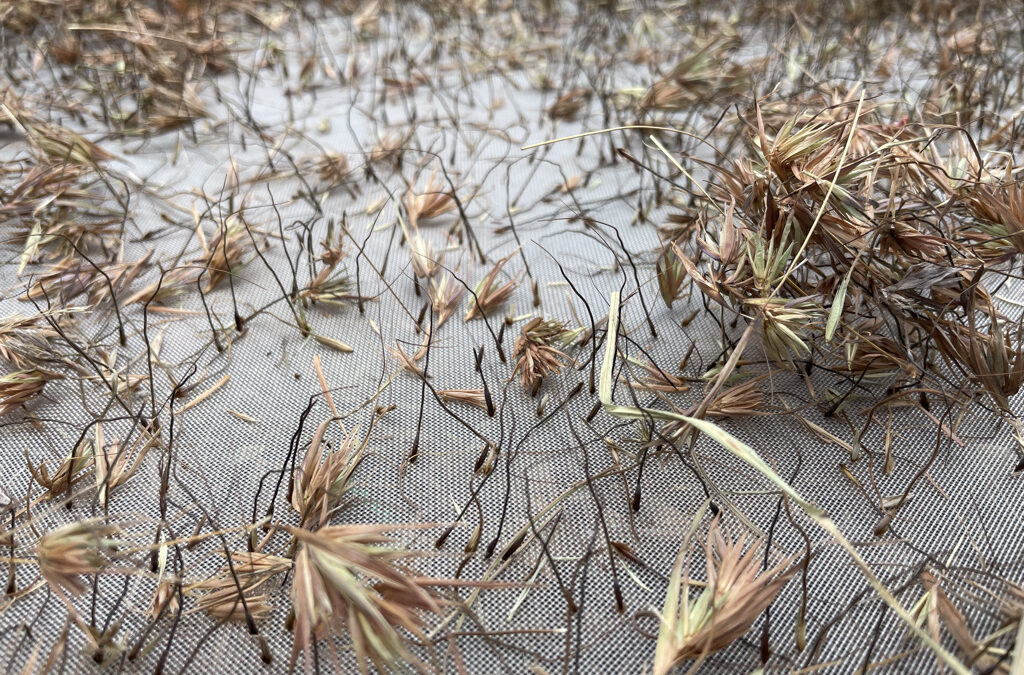 A key part of our individual reconciliation journeys should always be to understand the Traditional Owners and their lands that we live on. EWB’s ACT Chapter recently broadened their learning of the local Traditional Owners of Ngunnawal and Ngambri Country, and in doing so identified an opportunity to support their work in natively regenerating their lands.

The inaugural EWB ACT Chapter Local Design Summit, held in February, was themed around Indigenous Agriculture & Land Regeneration. The initiative was inspired by EWB Australia’s Humanitarian Design Summits, a two week overseas immersive learning experience that provides tertiary students with insight on best-practice community development and the role that engineering plays in creating positive change. With the pandemic temporarily sending these summits into hiatus, the ACT Local Design Summit seeked to bridge the gap with a focus on local community engagement and learning.

Run over a shorter time frame, the ACT Local Design Summit served foremost as a first-hand, practical learning experience for engineers. Through local First Nations engagement, it provided an opportunity for emerging engineers to commence this learning journey, opening the door for their long-term involvement and growth within the core disciplines of human-centred engineering, decolonisation and sustainable development. The ACT Local Design Summit ran in three phases: learning together about sustainable community development and Indigenous Knowledge in Australia, a field visit with Indigenous owner and operator of South Coast Native Seeds at Nguurruu Farm, and a hackathon day.

A brief history of native grains

Before colonisation, native grains were a staple for many Aboriginal peoples throughout the continent. Unlike introduced grass species that demand irrigation and fertilisation, native grasses have long-adapted to the soils and climate of the earth’s driest inhabited continent. In his book Dark Emu, Bruce Pascoe describes how Australia’s First Peoples practised a sophisticated system of cultivation, harvest, storage, and preparation of native grains for food. Over 250 years of colonisation have left Australia’s landscape in an unhealthy state, with native grasslands consumed by livestock, the deep soils eroded, and the extreme bushfires without Indigenous fire management.

Re-engaging with Indigenous agriculture and landscape management is an opportunity to improve biodiversity, sequester atmospheric carbon, and regenerate nutrient-rich foods. In many places it is not possible to return to the Old Ways. This means new systems need to be developed to grow native grains that have sustained people here for thousands of years. 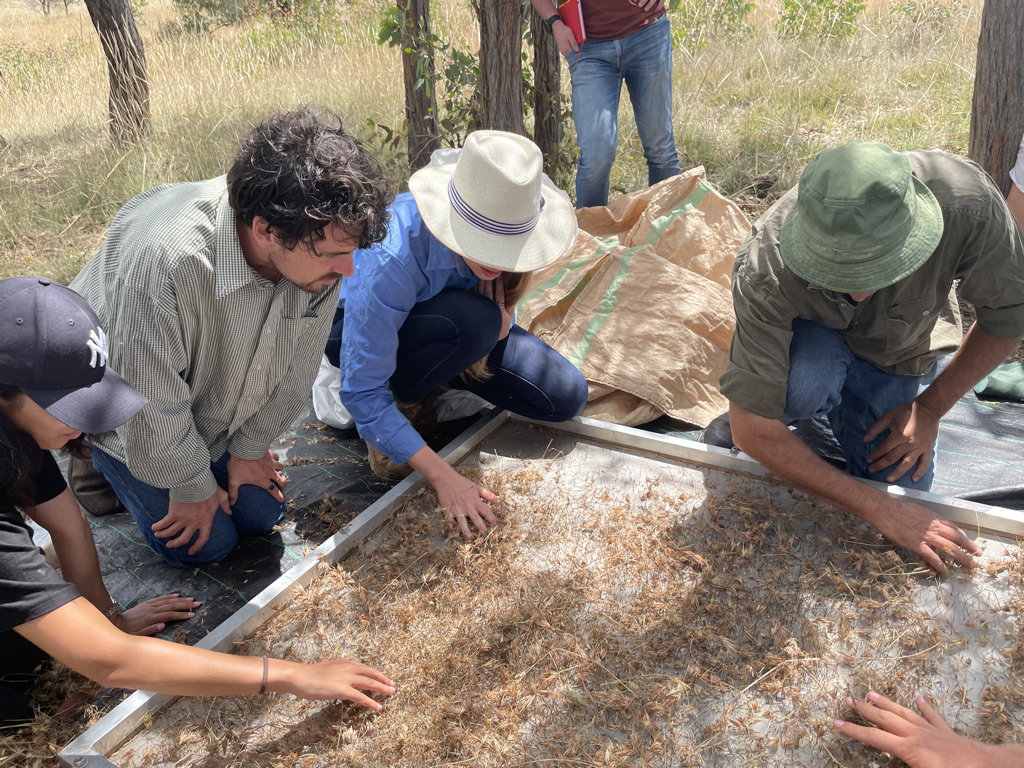 Ngunnawal Elder Uncle Wally Bell welcomed participants to Ngunnawal Country through ceremony, ahead of some pre-discussions and workshops on  Indigenous practices and community development, held on campus at ANU.

On day two, participants headed to Nguurruu farm – a regenerative farm where owner Murray Prior is working with Ngambri custodians to return their access and custodianship of his lands. Murray shared how Indigenous Knowledge is informing an improvement to destructive western farming practices. He has been working to build swales to rehydrate depleted soils, reducing cattle stocking densities, and re-establishing ancient wetlands for biodiversity and climate resilience.

Gunggari men Dan Ganter and Warren Saunders also joined the visit. Dan operates South Coast Native Seeds which has been collecting native seeds for use in environmental restoration for over thirty years. Warren runs a native plant nursery in Canberra, and has extensive experience in propagating native plants and establishing healthy native plant ecosystems. The knowledge held by these two men was impressive – they could identify the scientific names of a dozen native grasses within a single square metre.

Dan and Warren demonstrated the processes they have adopted to gather and process native seeds, using machinery and equipment that they have collected and refined over the years. Native grass seeds can’t be collected or processed with technology that is designed for introduced varieties. Because of this, Dan and others don’t have access to appropriate technology, and spend a lot of time meticulously sifting and picking out impurities like plant stems, leaves and introduced seeds from their harvests. They were both excited about the potential for engineers to work with them in developing new technologies that help them work with native plants to restore Country.

From hackathon to prototype 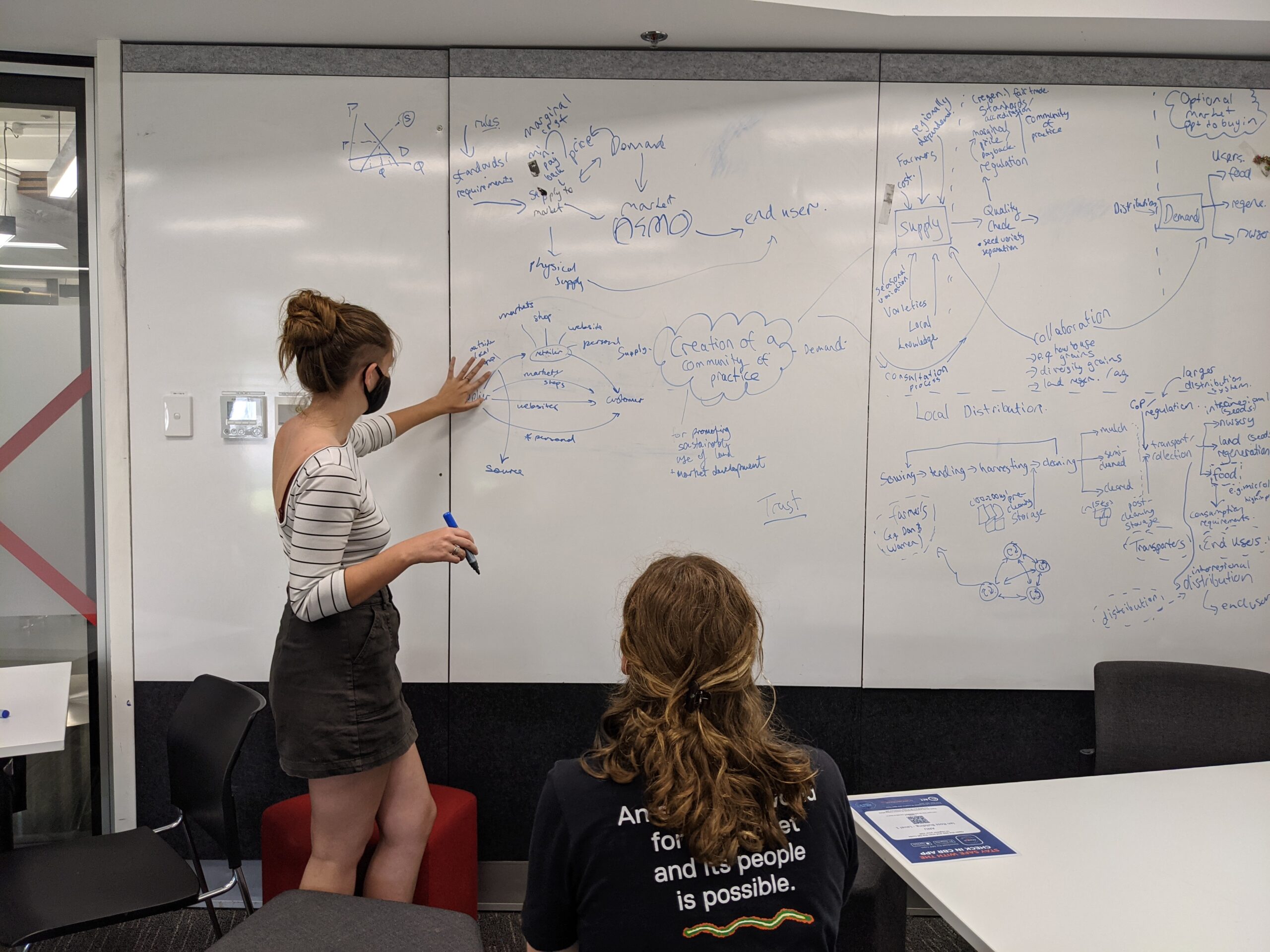 After the site visit, participants reconvened at ANU to explore a range of ideas for how engineering could improve the important work being done by people like Dan, Warren and Murray. An ideas sprint generated two clear avenues – one was a low cost, easy to use seed processing machine to enable Dan to separate seeds of different varieties once harvested. The other was an online platform to enable Aboriginal custodians and seed collectors to connect with farmers and landowners, streamlining relationship building and enabling land access for seed collection.

Dan loves the idea of the seed processing machine, and was able to provide some design inputs and changes to the initial concepts. The ACT Local Design Summit connected with the ANU researchers who are working with the Centre for Entrepreneurial Agri-Technology to take this device to prototype. The machine is currently being fabricated at ANU, and is expected to be completed in early April, followed by a session for participants and partners to test the seed cleaning machine on a variety of native seeds. Then it will be handed over to Dan for him to use in his seed processing workshop.

ACT Local Design Summit organisers, EWB’s ACT Chapter, would like to thank Claire Idriss, Anna Cain, and Katie Ross from Soils for Life, for their insights and facilitation of workshops within the Summit, as well as the generous grant support from ITP Renewables and ITP Development.