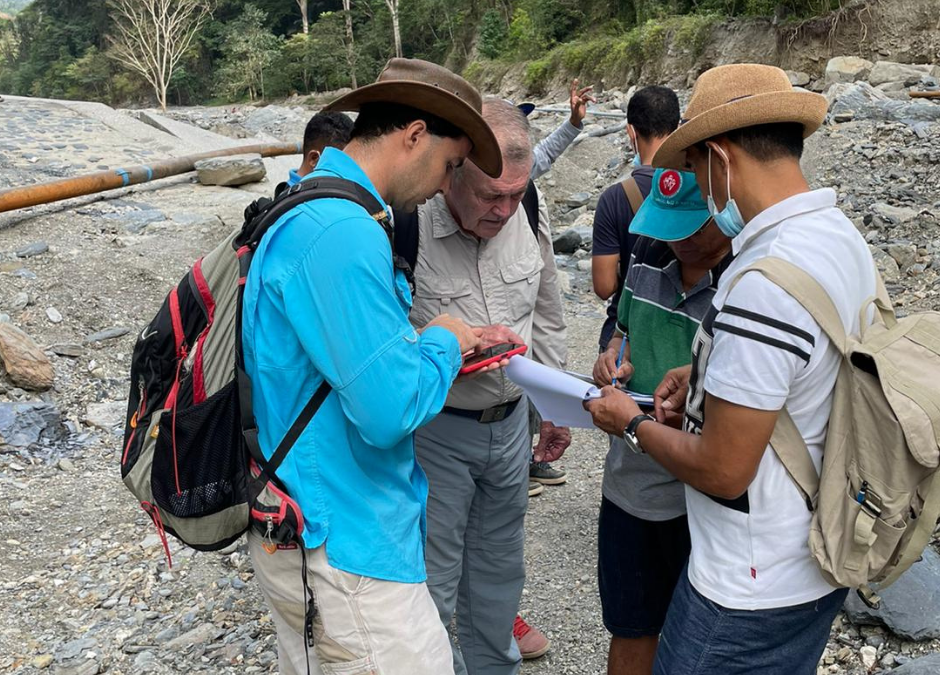 In the midst of a COVID-19 lockdown in April this year, heavy rain caused widespread flood damage throughout Timor-Leste. Over 11,000 people were displaced from their homes and 45% of Dili’s population (70,000 people) were without ongoing and reliable access to clean water. As part of the humanitarian response, EWB Australia was appointed as part of the team on the Dili Water System Emergency Repair Program (DWSERP), which aims to rehabilitate key sections of Dili’s water system.

EWB, in association with Cardno, was able to rapidly mobilise a team of operational and technical infrastructure advisers at the urgent request of the Government of Timor-Leste. EWB’s implementation role includes the provision of technical support, concept design, advice and delivery of multidisciplinary engineering.

The Subsidiary Agreement between the governments of Timor-Leste and Australia was signed on the 11th of November 2021. This agreement provides funds to support the repair work, together with an agreement to continue EWB’s work with Cardno through the support of PARTISIPA. On the occasion of the signing the Minister for Public Works, Minister Pires, stated that “since day one, Australia has been a good friend and source of support.”

Richard Warren AM has been appointed EWB’s Project Director on the program, based in Dili. A Senior Project Engineer, Richard has extensive experience in disaster and emergency infrastructure management and provides the leadership for the in-country delivery and oversight of the work. “This program has offered a wonderful opportunity for EWB Australia to display its ability to engage in emergency infrastructure recovery projects,” said Richard.

Members of Feto Enginhera – Timor-Leste’s women in engineering group – are also involved in the program’s implementation, working in key roles as site engineers. The DWSERP will work alongside Be’e Timor-Leste to support  engineering assessments and redesigns, as well as training on water testing, treatment, and maintenance, to ensure water safety once the supply lines are back up and running.

You can support vulnerable communities EWB work with across the Asia-Pacific region by donating here.