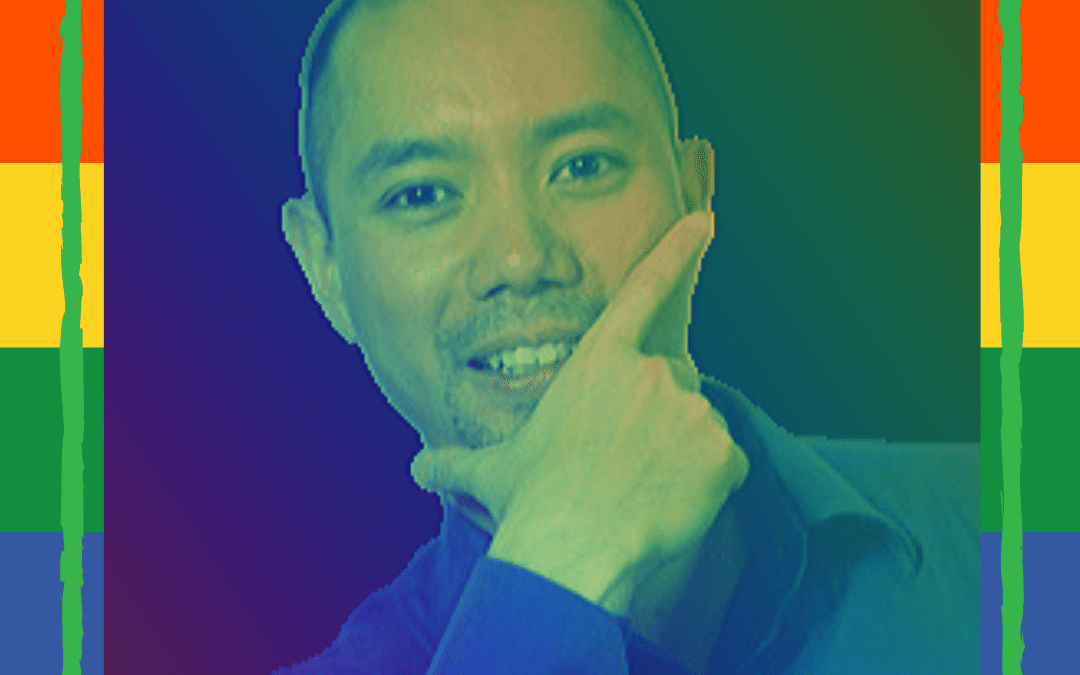 “In Australia, LGBTQIA+ engineers are often asked, “why do you need to be out at work?” It’s not so much of being out, it’s more that I like to be transparent about who I am.“

Dr Tana Tan is half Thai, half Malaysian, fully engineer, and fully gay (and with a unique name that is not easily forgotten). It is fair to say that Tana lives and breathes diversity – as a person, and as an active participant in the engineering sector.

Tana is the Research & Evaluations Lead at Safe System Solutions (a transport and road safety consulting firm) and the founder of Turing Circle, which brings together and supports LGBTQIA+ individuals studying or working in science and engineering.

EWB Australia is proud to be supporting and participating in Turing Circle’s presence at the 2020 Mardi Gras in Sydney, joining 40 other marchers from the science and engineering sector, including representatives from John Holland, Schneider Electric, University of Adelaide School of Petroleum Engineering, Correct Food Systems, UTS Faculty of Engineering and IT and the UNSW School of Chemical Engineering.

What is your connection with EWB?

My first involvement with EWB was back in 2004 when I met Danny Almagor (one of EWB’s  founders) and took a piece of EWB back to the University of New South Wales, where I was studying, and founded the EWB UNSW chapter. After graduating from my engineering degree in 2005, I co-founded the NSW Chapter of EWB and was also a project manager for the Tonle Sap Floating Latrine Project.

What is your experience of being an LGBTQI+ engineer?

Being a gay engineer has been both great and downright awful.

For me, the transition from university to work was not great. I was out at university. and in my final year while applying for graduate positions I was often told that it’d be better if I “went back into the closet” as engineering work places aren’t gay-friendly. So I partly did initially, much to my reluctance. Only a few people knew I was gay and those were colleagues of the same age group and who had gay friends themselves or were gay-friendly.

An anecdotal example of the homophobia I witnessed in my first few years out of university was an incident involving an out gay engineer who was a colleague of mine. During after work drinks, a hetero engineer, a few years our senior, mentioned that that engineer “would never get far in his career as he’s gay”. More recently, I’ve had an industry colleague mention in front of me “I don’t like gay men with their flappy hands”. He didn’t know I was gay.

I’ve also had some great experiences of being out at work where this made almost no difference to how I was treated – I was valued for my skills and knowledge rather than judged based on my sexuality. My experiences at these workplaces have been great, as I could be myself at work – talk about my life outside of work in the same way anyone else at work would, introduce colleagues to my partner etc – and not feel that I have to concoct stories to hide part of who I am. Hiding a part of you can be tiring, and you’re on the constant lookout for being ‘caught’.

What are some of the nuances or challenges of being an LGBTQI+ engineer in 2020?

When you have to keep coming out. The societal norm is to assume that your partner is of the opposite gender, so clients and contractors – when making conversation -would often ask “Do you have a girlfriend or wife?”.

When the workplace is hostile. Engineers who work on site or in the mining industry can be working in some of the more hostile areas of engineering where, on some sites, gay people or females are really not welcome on site an become the butt of “jokes” – such places have little support if they are LGBTQIA+.

How does your workplace support diversity?

At Safe System Solutions we have 25 staff, so a fairly small team. We have a very diverse workplace through multiple lenses – culturally, linguistically – so we understand different cultures well. The gay engineer is treated like everyone else – we want to be judged on skills, capability and knowledge – a good example of how small firms can still be supportive of rainbow engineers and diversity as a whole. My diverse cultural background has also put me in a great position to add particular value to our work. We conduct consulting and training in South East Asia so I am called upon to host groups or delegations. I also spearheaded our relationship with the Thailand government whom we have been working with for the last three years.

What do you think is needed to support greater LGBTQI+ diversity in the sector?

Connecting organisations to each other: over the past couple of years, the engineering industry has seen a lot of ally groups created internally in organisations which is awesome – it would be great to unsilo these, bring them together, as a problem that exists in one organisation will likely sit in another; these insights can then be shared. Connecting these organisations to smaller ones who don’t have the capacity to form their own ally network or have a diversity champion in their office would also be a great outcome.

Having a dialogue: we need to talk with our hetero colleagues about why being transparent at the workplace benefits all.

And possibly the most important question, what are you wearing to Mardi Gras?

A decorated hard hat and some rainbow paraphernalia – the rest will be revealed on site!