Portrait of a new stereotype 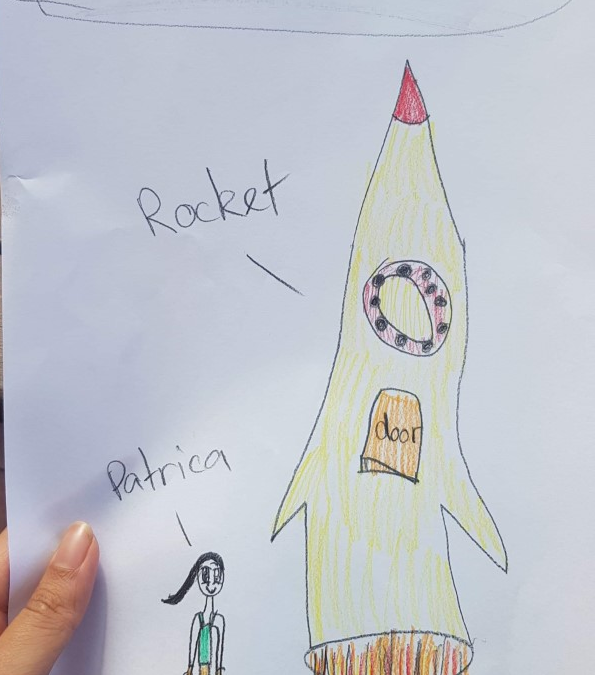 MePatricia Tatel, a student from the University of Queensland, joined as a volunteer on EWB’s Torres Strait Regioneering trip last month. Led by EWB/Mecca MPower grant recipient Erin Hughes, the trip aimed to build on the school outreach work that EWB has previously delivered in the region, and to specifically assess the educational impacts of this long-term delivery approach. Patricia shared a brief insight into the amazing impact this program has had, and the impression it has made on female school students.

Before I arrived in Torres Strait, I had heard a lot about the previous year’s workshops about the enthusiasm from the local students. As I reflect on my trip while writing this, that statement is still the case as I fondly recall the Torres Straits workshops as controlled chaos with bursts of fun. Much of the success of these workshops comes down to the consistent enthusiasm and direction given by my fellow workshop presenters and local educators who continually donate their time to support us in delivering appropriate workshops for the Torres Straits.

When I get a chance to deliver a workshop, I always try to have a chat with the young girls in class, and ask them what they want to do after school. On this year’s Torres Strait trip, I was fascinated to hear the spectrum of answers which related to the STEM industry. I met a girl who was an aspiring geologist to her friend who wanted to be a nurse. It was clear that a lot of them had a dream outside of school. Because of this, I made a huge effort to share my own dream to be an aerospace engineer and of the female engineers who played an important role in the first moon landing. It was so rewarding to see their excitement when I told them my dreams and their curiosity for outer space after our conversations.

Towards the end of our Regioneering trip, Di (an incredible human being who is an educator in the Torres Strait and hosted our stay) was interviewing students about our workshops to support this year’s MECCA M-Power project, showed me a portrait that one of the students drew after our workshop. In Di’s interviews she asks students to draw what an engineer looks like as a way to analyse the impact the long-term delivery of our workshops have on students. One of the girls drew a portrait of me! This was a significant contrast to what most female students who hadn’t received an EWB workshop where drawing, a male mechanic.

This Regioneering trip to Torres Strait were more powerful than I ever could have imagined. These workshops are simply not a one-hour breaks from normal school routines, but are proving to be effective tools in breaking engineering stereotypes.

This program is supported by the Mecca M-Power grant and the Bennelong Foundation.