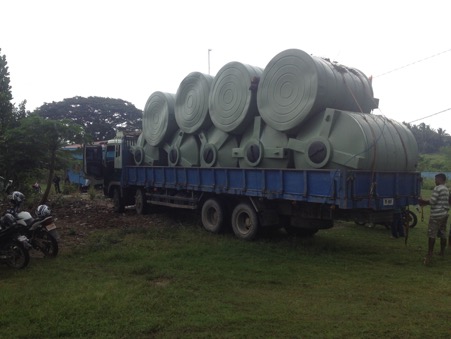 Rural villages in Timor-Leste are typically served by water supply systems which deliver water from a nearby spring to the community. Typically, it is the women and girls who fetch water for their families. This year, ground water aquifers have not been sufficiently recharged and subsequently water springs are producing minimal flows or none at all. In these communities, women and girls have been forced to walk several kilometres to fetch water from neighbouring communities which still have some. This not only takes time out of their day, in which they could be tending to livelihood ventures or at school, but it is also physically strenuous.

Farmers have reported reduced yields and many failed efforts at typical plantation times of the year. Produce at the markets are more expensive and of lesser quality compared to the average year. Families have reported that they no longer can afford to eat vegetables and instead have meals of only rice. There have also been reports of livestock dying due to dry grazing lands. These impacts further compound issues of livelihood and malnutrition.

In May 2016, Plan-International Timor-Leste launched a response to this El Nino event, focusing on one of the most hard-hit districts, Lautem. The response is a collaborative effort between Plan-International Timor-Leste, EWB, local government water authority and a local partner organisation, Fraterna. This team is working with communities to identify their challenges and determining appropriate response plans. The initiatives being implemented are:

EWB Field Professional Ali Saikal, funded by the ANCP, has been working within a flexible technical team which varies from area to area depending on which of the local counterparts have the best knowledge of the local communities and systems. Ali has assisted the team in the design of emergency water points, making them capable of rainwater harvesting for when the rains finally do arrive to ensure the water sources will be useful beyond this El Nino event. Ali is also working with the emergency team on the surveying, design and construction of water systems in hard-hit communities which have broken water supply systems or none at all.