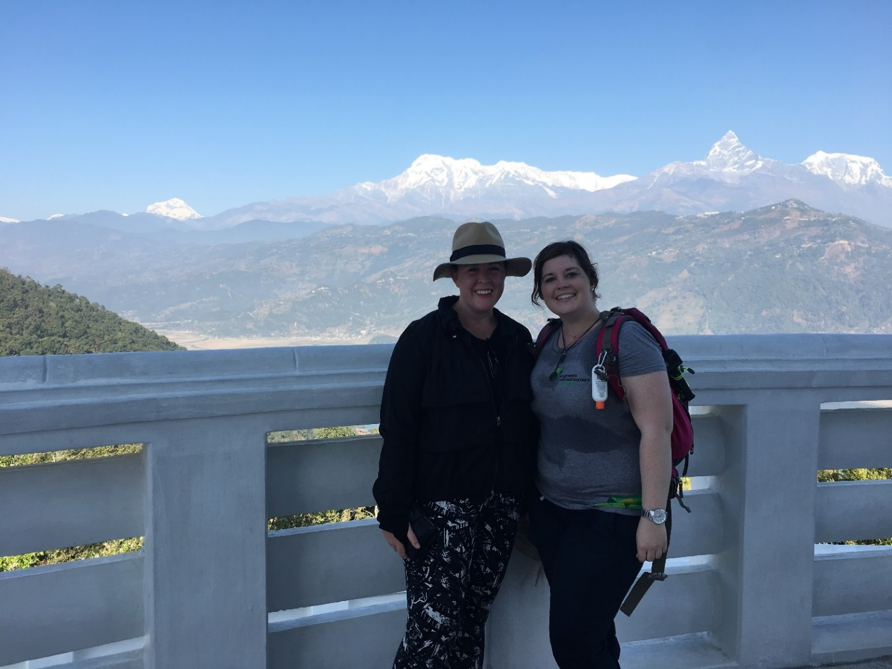 Article published thanks to Orica Engineering.

In December 2016, Orica graduates Chloe Quinn and Alicia Rolls were given the opportunity to travel to the first ever Engineers Without Borders (EWB) Humanitarian Design Summit in Nepal.

The Humanitarian Design Summit program is an educational study tour designed to provide students with professional work experience while allowing them to develop a deeper understanding of the role Human-Centred Design and technology play in creating positive change within communities.

Orica has been a corporate partner of EWB going on three years, with Orica graduates around the country getting involved in the EWB School Outreach Program. EWB are dedicated to partnering with organisations that share their commitment to humanitarian engineering and engage in socially and environmentally responsible business practises.

To be selected for the opportunity, graduates were asked to submit a 1500 word business case and give a 5 min presentation on an initiative that would benefit a local community that hosts Orica’s operation, supporting Orica’s presence and reputation within that community.

The finalists presented their community-focused initiative to a selection panel made up of Orica and EWB representatives. There was also an opportunity to submit ideas for consideration for Orica’s Community Partnership Funding.

Chloe visited the village of Chiruwa where the peoples’ greatest concern was the cost of electricity and also the cost of maintaining their water supply (a system installed by the UN over 8 years ago that was heavily damaged by the 2015 earthquake). She worked with a group of 4 engineering students from around Australia and a team of journalists to teach the village about good maintenance and pump operation practises. The team also sourced affordable like for like replacements for their current system saving them over 50% of their monthly electricity charges. “The Summit opened my eyes to the challenges associated with Humanitarian Engineering, the power of knowledge sharing, and strengths based design approach,” Chloe said.

Alicia visited the village of Tangting, a Gurung ethnic group village that mainly relies on farming and exporting its men as Gurkha fighters to the British Army, Indian Army and Singapore police. Alicia was part of the group that chose to share knowledge about greenhouses. From her experiences in the village they learned that some farmers were already using greenhouses to increase production of crops, particularly tomatoes as they are an ingredient used in almost every meal and struggle to grow in the cold climate. However, the farmers didn’t know how they worked, and the greenhouses often only had a roof and no walls. Additionally, the knowledge that already existed in the community was not being shared between the occupational farmers and the subsistence farmers.

“The experience of working and living in a community of a different cultural background will help me with adapting more quickly to the communities I am placed in, in future graduate rotations and roles within Orica,” said Alicia.