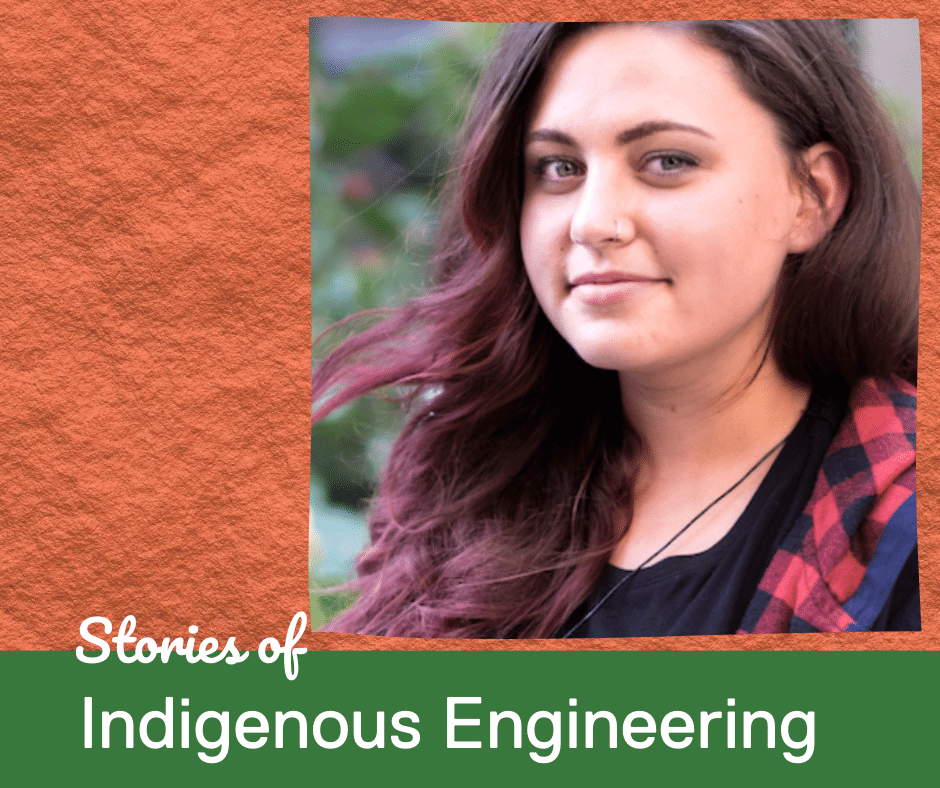 A story of adaption and change – Maddison Miller

Maddison Miller, an archaeologist, shares her perspective in our Stories of Indigenous Engineering series.

“I am a Darug woman. My father is a Darug man from his father. Our traditional lands are the western suburbs of Sydney around Parramatta and Prospect. I was born in New Zealand, but grew up in Kinglake in the foothills of the Great Dividing Range which is Wurrundjeri land. Growing up I had a lot of Aboriginal role models who would show me things and tell me, ‘This is what our old people made and this is how they used it.’

Our farm was 120 acres, with 60 acres of bush. Exploring the bush and finding traces of the ancestors – scar trees and stone tools –  made me want to pursue my heritage further. Archaeology always called to me as a way to connect with my elders and my ancestors. After the 2009 bushfires, there was amazing ground clearance because there was nothing left. Through my connections with Parks Victoria and the Aboriginal community, I was invited to do surveys with professional archaeologists. That’s when I realised this is what I want to do. An Aboriginal archaeologist took me under his wing and showed me how to record things and how to use it scientifically. Before, it was a cultural thing, but to be able to bring the science into it was something I was really passionate about, so that’s why I continued with archaeology.

Australia is an incredibly diverse continent and this notion of it being one country is relatively new. To talk about the Aboriginal experience is really difficult because we are hundreds of mobs and spoke 250 languages. From Broome to Melbourne there are very different ecologies and experiences, but one thing every mob shares is a deep understanding of the environment and how to exploit that environment to sustain community and culture.

The old people manipulated the landscape of the entire country in order to promote the types of plants, animals and landscapes they needed. Sustainability was an integral part of that model; making sure only what is needed was taken and an abundance remained to facilitate the next visit. I like to think of it as a cultivated wilderness. To the colonial eye, it would appear to be untamed, but in fact it was meticulously groomed and maintained. When the explorers come through the south east corner of Australia, you get accounts from early colonisers who recorded the landscape being like an estate with amazing patchworks of paddocks and bushland. They didn’t realise this was deliberately orchestrated to farm marsupials.  The Aboriginal people were creating these big tracts of open spaces to encourage the kangaroo population to grow exponentially, and also to lure them into open spaces which makes it easier to hunt. They were curating these open spaces by farming with fire.

A lot of mobs were transitory and moved around with the seasons. They created a mosaic of home sites and places to be in different seasons based on an environmental approach to their architecture, engineering and farming. Everything goes hand in hand for a particular time of the year. In a particular season, they’d be in an area hunting and farming and building certain things because it fitted into that season, that particular dreamtime story and that particular songline.

There was science and exactness to how my old people interacted with the environment. It came from a deep knowledge and respect for the natural world and the world they created around them. There was a delicate balance between manipulating the landscape and not exploiting it. It was to some extent environmental engineering in making sure the resources are sustainable.  That’s the Aboriginal story – adapt, exploit, but do it in a sustainable manner.

The old people built different houses depending on the time of year. They created airy houses in summer, and in winter they’d build these incredibly insulated and toasty warm houses that could fit a lot of bodies with a little fire in the middle. Obviously it was done differently depending on where you lived, but the underlying principle was the same. They built them in such a way as to leave little or no trace on the landscape and to not cause irreconcilable damage to the environment and resources, something our modern society cannot claim.  It makes so much sense compared to my weatherboard shack in Brunswick which gets filled with mould when it gets wet, is horrible and cold in winter, and gets way too hot in summer. For about two months of the year, it’s about right.

I look at what our ancestors and old people were doing and realise they were scientists, architects, engineers and mathematicians. These are things we’ve always been doing and should continue to have a voice in. I think it’s really important to listen to Aboriginal voices and recognise the way they would use the landscape, use space and their ways of life because it’s really applicable to today.

A lot of places look outside to get inspiration or to see what other countries are doing. With climate change looming, we need to turn our gaze internally and look at the knowledge Indigenous people have. They were working and responding to unique environments, manipulating them and making sure it was sustainable. We don’t need to reinvent the wheel. What land managers and decision makers need to do is work hand in hand with Aboriginal people to improve on what we are doing now and use Indigenous knowledge to make intelligent and informed decisions. In some places, managers are starting to work with Indigenous communities, but we need to look at how can we make that business as usual.”