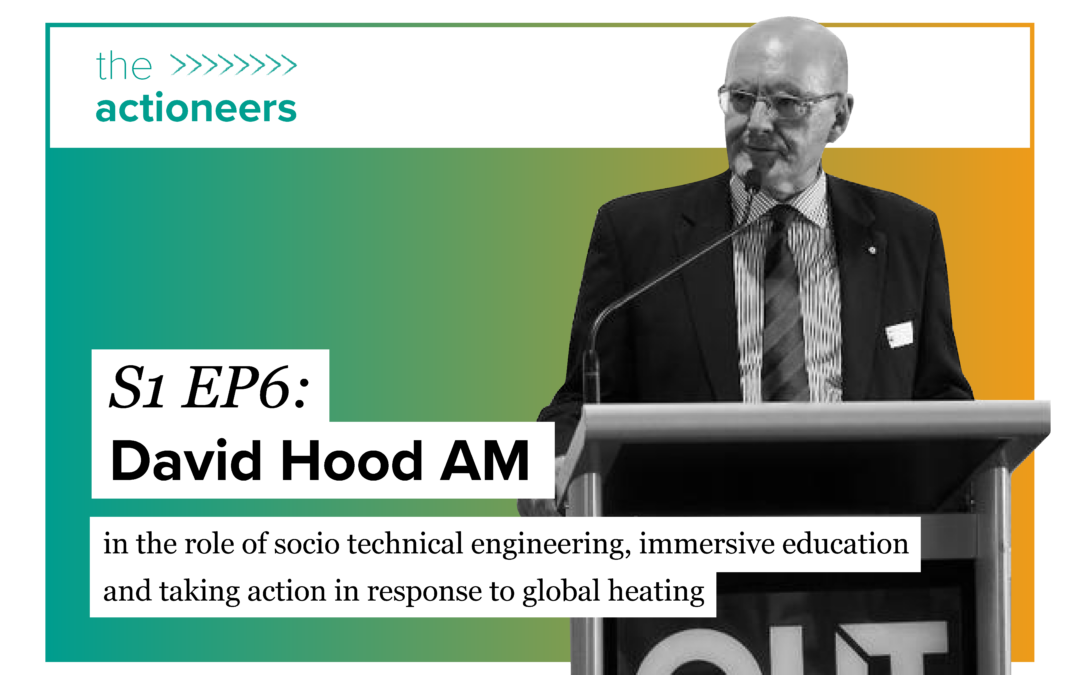 In this special Earth Day episode of The Actioneers, EWB’s Engagement Program Manager, Melanie Audrey, talks to David Hood AM HonFIEAust CPEng about the role of ecosystem services in delivering the quality of environment necessary for the survival of life; about the relationship between sustainability and the built environment; and about why David supports direct action as a tactic for highlighting the urgent need to address global heating. David‘s message to engineers and engineering students is to think critically and get active!

About David Hood AM HonFIEAust CPEng

Professor David Hood AM is a civil and environmental engineer with vast experience across major civil and military projects, professional development in emerging economies, senior management in both the public and private sectors and in education. He is a passionate advocate for action to address global heating resulting from the burning of fossil fuels.

In 2006, David co-initiated, and was Founding Chairman until 2011 of the Infrastructure Sustainability Council of Australia (ISCA). David is an accredited Presenter with Al Gore’s Climate Reality Project. David was the 2012 National President of Engineers Australia (EA). In 2013 David was made an Honorary Fellow of EA. On Australia Day 2013, David was made a Member of the Order of Australia. David was a director on the Board of Beyond Zero Emissions (BZE), and is a Queensland Councilor of the Australian Conservation Foundation (ACF) and has served on the ACF Board.