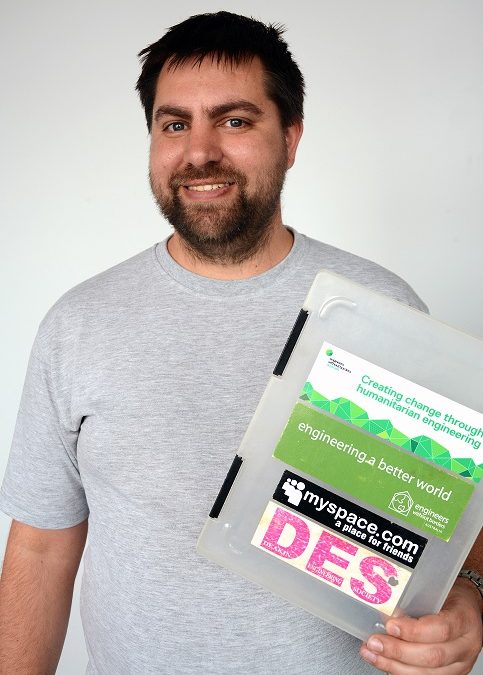 As a first year engineering student, Tim Kuiper never imagined he would change hundreds of lives with soap. Nearly one decade later; however, that’s exactly what he is doing.

Tim first engaged with Engineers Without Borders (EWB) Australia in 2007 through the EWB Challenge. He was studying mechanical engineering at Deakin University. The EWB Challenge design brief for his year was to design sustainable solutions for Uluru Children’s home, a strained center for abandoned and orphaned children in Alampara Village, Tamil Nadu, India.

“I was really into it and loved the challenge,” Tim says. Four months later his team submitted a design for a play pump. Tim’s relationship didn’t end with this proposal however. He slapped the glossy green sticker he got upon completing the EWB Challenge on a folder he reserved for important school documents—a reminder of the power of humanitarian engineering.

“The Challenge was a lightbulb moment for me,” Tim says. “An example of how I could use my degree to make a change.”

It was with him in September 2014, when he moved to Lespalos in Timor-Leste through an EWB Australia field professional placement. There he worked as a water, sanitation, and hygiene (WASH) engineer with Plan Timor-Leste (PTL) and, among other things, had a chance to rekindle his relationship with the EWB Challenge. PTL was the EWB Challenge Community partner in 2013 which means Tim not only had the chance to see how student design reports were used; he got to play a crucial role in their implementation.

“Being involved with the EWB Challenge from this end was one of the most personally rewarding parts of my time in Timor Leste,” Tim says. “The Challenge was my touch-point into humanitarian engineering. Things have gone full circle.”

In Timor-Leste, Tim aggregated some of the final project ideas and delivered a short presentation to his colleagues in the field. Eventually, they narrowed the designs down to one key program: making soap with children as part of a hygiene promotion program. Under the implementation of Tim and his counterparts from NGOs Plan and Fraterna, students would be taught the value of proper hand washing, in conjunction with the building of toilet blocks at 16 schools in Lautem and Aileu that were previously without toilets. By May 2015, construction in Lautem had begun.

Tim returned from Timor in December 2015, but his involvement with EWB and his commitment to humanitarian engineer is ongoing. In February 2016 Tim travelled to Pune, India to act as a mentor on Engineers Without Borders Humanitarian Design summit, where he helped facilitate the education and training of 40 university students exploring the principles of human-centred design first hand.

Now in Melbourne, Australia Tim works on EWB’s International Program. Nearly a decade after his first engagement with EWB, Tim’s role has changed dramatically. But his desire to use his skills engineer a better future, like that well-worn green sticker on his binder, remains intact.