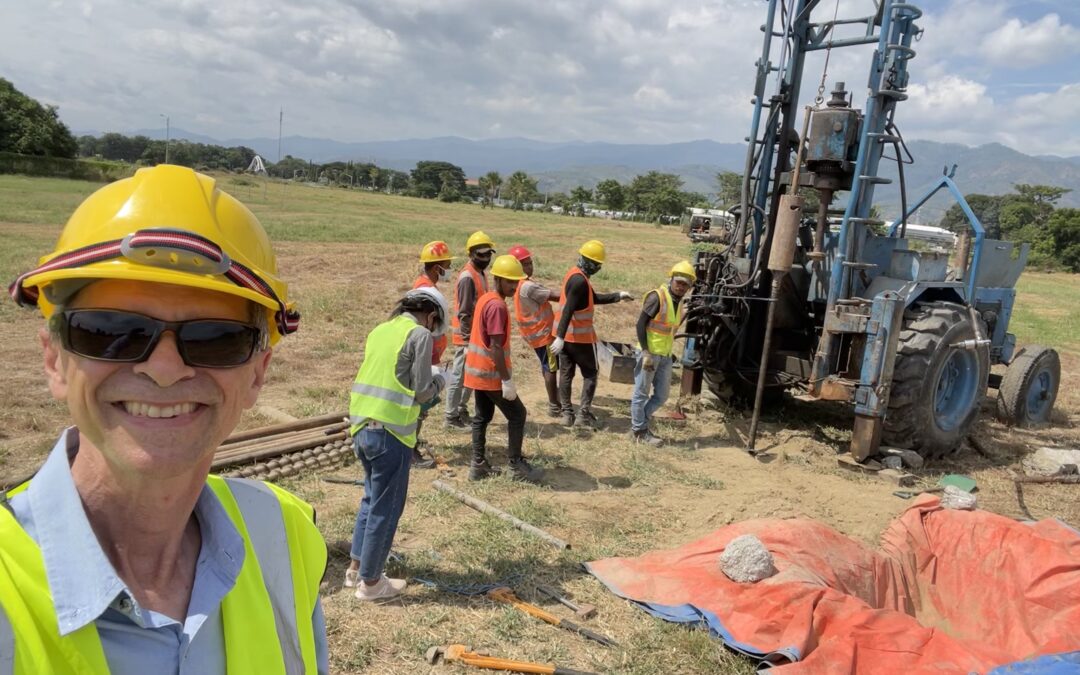 EWB’s engineering skills and in-country presence in Timor-Leste has been utilised to support an important nation-building project.

Presidente Nicolau Lobato International Airport is the main gateway to Timor-Leste. The airport plays a central role in the economic prosperity of Timor-Leste and its people, and the airport’s arrival capacity is seen as a key enabler to support greater prosperity for this developing country. EWB was appointed to be a part of the Dili Airport Redevelopment Feasibility Study – a major project led by Palladium, with funding from the Australian Department of Foreign Affairs and Trade (DFAT), Partnerships for Infrastructure (P4I) and the Australian Infrastructure Financing Facility (AIFFC). The project supports the Timor-Leste 2011–2030 Strategic Development Plan, which prioritises infrastructure development to bolster economic growth and reduce inequality.

Located on the outskirts of the capital, Dili, the airport is positioned between the Ombai Strait to its north and west, and the Comoro River to its east – the main and largest of Dili’s four major rivers. With water masses on both ends of its runway, as well as a village community residing at the Comoro River end, the location creates a unique challenge to one of the key infrastructure works required – an extension to the runway. Currently, planes arriving cannot carry their full capacity of passengers or cargo as the current length and breadth of the runway restricts aircraft weight loadings. This means that getting in and out of the country by air can be very expensive.

EWB was appointed by Palladium as the field-lead role for the geotechnical investigation and topographic surveying of the airport site. EWB played a slightly different role compared to the projects that form the majority of EWB’s engineering work – that of subcontractor to a major project. EWB was appointed due to our local presence and personnel, our understanding of the Timorese engineering environment and our knowledge of the key stakeholders in the project.

EWB’s local team based in Timor-Leste was further bolstered by Gavin Blakey, who led EWB’s role in the project from April to June 2022. Being on site most days at the airport, Gavin saw first-hand the critical role the airport plays in the life and economic advancement of the Timorese people. “I would drive out there and there would be hundreds of people milling around the airport – sometimes whole villages would turn out to send people off or be there to welcome them back. The people leaving and arriving were travelling to and from work overseas and were sometimes the only person supporting that family. It’s just one example of how this project will make a difference to these communities,” said Gavin.

Many Timorese are part of the Pacific Australia Labour Mobility program, which brings Timor-Leste workers as well as others in the Pacific region to Australia to fill roles in regional and rural Australia. The program is not only valuable to Australian employers in order to address skill shortages – it is also a valuable income stream for Timorese people as they send money back to their families. The airport also enables Timorese students to travel as part of tertiary study scholarships. Improvements to the airport will also be critical to nurture Timor-Leste’s developing tourism sector, considered a key economic opportunity.

The EWB team worked with over 40 local technical specialists and contractors, and supervised the geotechnical investigation via the drilling of boreholes and hand-excavated pits across the airport to assess geological conditions. EWB also oversaw the topographical surveys that mapped the geography and location of existing buildings. One striking difference that Gavin noted in these teams was the number of women in technical roles. RMS Engineering and Construction, an Australian company that has had a presence in Timor-Leste for the past two decades, was supporting the project and had 20 women working with them. “Many of them were engineers and a couple were surveyors,” noted Gavin, “you wouldn’t see that in Australia! It was so wonderful to see and be working alongside such a diverse crew.”

EWB’s investigations have been fed into reports and will support the insights for the next phase of the project.