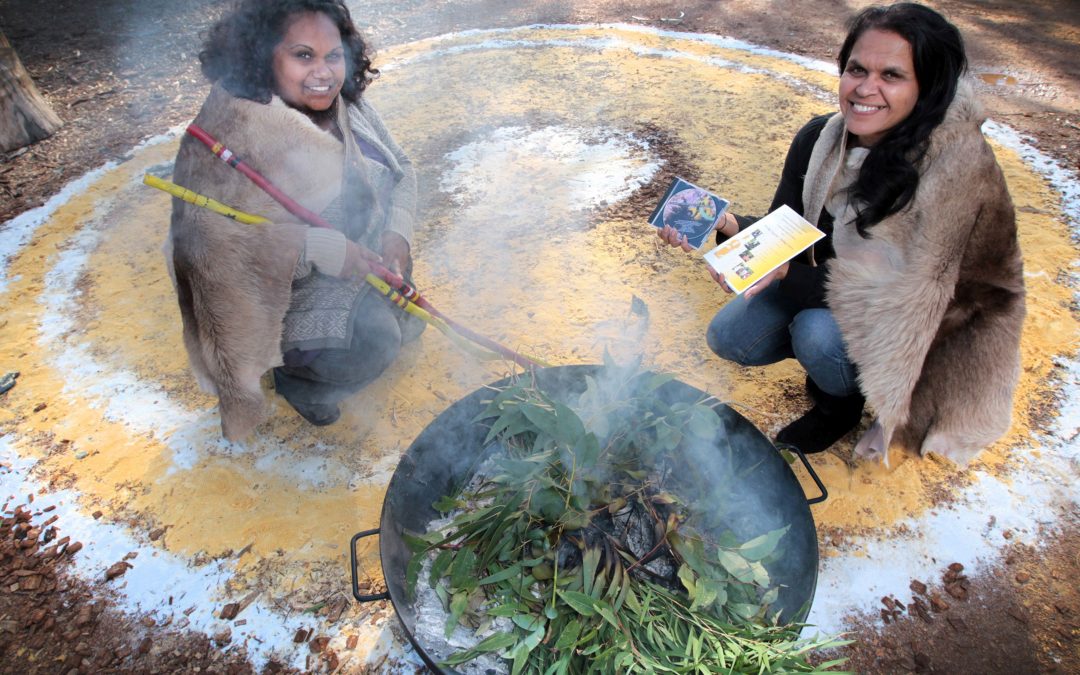 Sister Kate’s Home Kids ‘Bush Block’, in suburban Queens Park, WA, may be an unconventional success story for a landscape architecture project. Yet, it is an important statement on how Indigenous community collaboration and pro bono work can create powerful social value. The Vision for the Bush Block is to create a space of remembrance, peace and tranquility for the Sister Kate’s Homees, who under government control and assimilation policies of the day, were taken and placed at the Sister Kate’s Home for Aboriginal children of the Stolen Generations, where the adjacent Bush Block became their refuge. For their planning and development of the project, the UDLA team of architects and designers, led by Director Greg Grabasch, was awarded the 2018 Australian Institute of Landscape Architects‘ Community Contribution Award of Excellence and the WA Award of Excellence for Community Contribution.

Instead of pushing the vegetation down and installing a concrete building where the ancient bush block lay, the new master plan envisions the ‘Bush Block’ as a green refuge in an urban environment where Sister Kate‘s Home Kids Aboriginal Corporation (SKHKAC) will run cultural healing programs and awareness workshops. Stretching out over 2.7 hectares in a busy neighbourhood, Greg explains “It will contribute to cultural exchange directly out there in the bush instead of in a classroom or corporate building.“

The SKHKAC healing programs will be open to anyone and will range from cultural, spiritual, physical and educational programs, including a series of cultural, social and emotional wellbeing programs specifically for the SK Home Kids and their families. As Andrea Keen, Sister Kate’s Homee descendant and former SKHKAC Deputy Chair Director points out, “SKHKAC plays an important role in our community through its cultural programs and services, as they evoke the feeling of hope, safety and connection back to our cultural grass roots.”

The big idea however was not clear from the start. “When we came in, there was a preexisting idea of a big building and a lot of the area would have been taken up by the building and a car park” says Greg “But we could just sense it wasn’t really what the Homee’s wanted for the block.“ It took extensive discussions with the Sister Kate’s Homees and the wider community in order to fully conceptualise the project. Mediated by EWB Connect, UDLA worked together closely with SKHKAC and the Indigenous Land Corporation (ILC) to build trust, and develop a plan based on the SK Homees and wider community’s ideas. “We tried to establish what the value of the block and the bush was to them.” says Greg “Suddenly, it was not about the planned building, it was about the space. The bush had become a haven for a lot of people, a place for families who would come and camp there, and have a connection to the children across the road.“

As a site of refuge the ground holds immense historical and contemporary significance for the local Aboriginal population, as emphasised by Noongar Elder and SKHKAC Director Roma Winmar, “As an older Aboriginal woman, I have witnessed some of the heart break felt by many of my Stolen Generations counterparts, who work as I do in the field of Aboriginal education and health services for our children and people. I am a Stolen Generations survivor, as was my mother, a Moore River – Mogumber Mission Kid. Over the decades, life has been very tough for a lot of our people, with the many health and mental health issues impacting our children and their children – a cycle of sorrow and heartbreak. That said though, since I have been a part of the SKHKAC as a Director and cultural advisor, this has both made my life more purposeful.”

It is this value that made it even more important to actively listen to the ideas brought forward by the Sister Kate’s Homees and their descendants, something which was also supported by the wider Aboriginal community, says Greg. The inclusive process entailed listening and talking with other landowners in the region of the Bush Block, various community members, and with end users. He considers the dialogue with the mob to be the key. “Everything you do has to be the locally preferred way of doing things. Everything is participatory. There is a lot to learn from working cooperatively with Indigenous people“, says Greg, who sees building trust and genuine relationships to the Indigenous community as a key principle of UDLA’s work.

He recalls the satisfaction with the redevelopment master plan that he felt from the SK Homees, Aborignal Elders and people from the community who have supported SKHKAC for many years. “You could see that they all thought this plan is what they wanted to get. They told me, everyone who I spoke to, that they supported the SK Homee Vision. Now that the Homees know what to do with this place they are a hundred percent behind it, as they feel the concept plan has both merit and is all accessible for everyone. A great outcome for the whole community.” This resonates with SK Homee Chris Dixon, a former SKHKAC Director. “The last 10 years have been an amazing journey for SKHKAC. All the Homees and descendants have been so resilient, and working with like minded people like the UDLA Team, coming up with a great concept plan to aid in getting our land divested to our Corporation, plus building our Place of Healing on the Bush Block for all Aboriginal and non-Indigenous people is a great outcome.”

Plus the connections made are now providing a path towards SKHKAC partnering with the ILC in land ownership, and in the sustainable social, environmental, economic and cultural direction of Queens Park and other Western Australian Aboriginal lands.

For now though the focus is on bringing the vision to life. “I cannot wait for the day that the Place of Healing is up and running,” says Andrea Keen, “where we have a fixed location that is nurturing our culture by providing healing to our wounded community, using methods that our ancestors have used for generations. I am so emotional knowing how far we have come, and that we can almost touch the end vision we have had in our hearts and minds for so long.”