Coming together for Naidoc 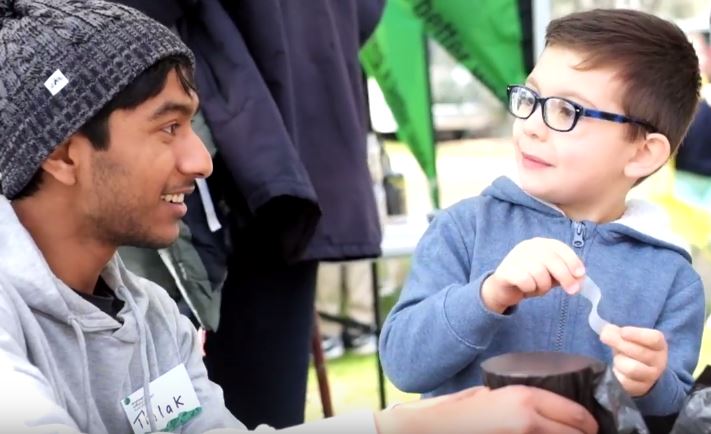 NAIDOC outreach events have become a staple in the Vic EWB calendar. As always a troupe of volunteers represented by national office, state chapter, university and professional associate alike all pile into cars and journey up to Barmah for a day dedicated to the celebration of Yorta Yorta and Australian’s First Nations cultures.

For each of the 2015 and 2016 NAIDOC events I attended the volunteers have been expertly coordinated by Jun Qu, with the activities being managed by various Team Leads. EWB’s volunteers all took part in helping children (and some older children at heart) build, test, float and fly various contraptions.  The aim is to have children of all ages interact, play and have fun with simple tasks that incorporate the skills that they may utilise as our future engineers.

But to speak of my experience, there is a reason that I went for the first time in 2015, returned in 2016 and am looking forward to 2017. It is the people. Firstly the community being so welcoming and secondly I was always inspired by how quickly the EWB volunteers would lend a hand not only to those from different activities, but how they would either be there to lend a hand to set up the day and help in cleaning up when it was all over. The EWB volunteer with a trestle table in hand was not an uncommon site.

My first experience was in 2015, involved setting off at 7am on a Wednesday, carpooling with other eager volunteers. A month or two before I had been given a list of fellow team members and some items to buy for the water filter activity which I had been set in charge of. Apart from that, all I had to go on was the confidence that I wasn’t going to be the most enthusiastic volunteer on the day. The journey included a brief coffee stop in Shepparton and everyone bonding in the car about how they had first heard of EWB and subsequently became a volunteer.

Barmah (not to be confused with Barham, a few hundred kilometres West) is situated right on the border between Victoria and New South Wales, one of those so small you’ll miss it kind of places as you whizz on by to Denilliquin or whichever NSW town you may be in dire need of visiting. However, this small town boasts a wonderful heritage, the Murray snakes through it separating the States and serving as the source for the Country upon which we gathered.

We pulled into the Barmah national park , walked past the Dharnya Centre and helped set up the NAIDOC event. Back in 2015 I was nervous, I had been put in charge of running the Water Filter activity. The activity was quite relevant to my own studies as an Environmental Engineer and so I was proud to see so many eager children work to not only build one simple filter but return again and again to make their rudimentary filters, made with sand, rocks and charcoal work better and better. The activity was also a great homage to traditional engineering that would have taken place in the region. It would have been common practice for the First Nation peoples to construct ingenious filters to produce clean drinking water from the materials at hand.My second year in 2016 was another opportunity to volunteer at the NAIDOC event. This time I oversaw the Stick and Marshmallow catapult activity. Now that, was a popular one. Again, I was inspired by how inquisitive and creative the children were. Just like the year prior, we had many excited kids not only follow the original instructions but come back and refine their catapults. One young lad took it upon himself to go in search of extra materials to augment his catapult, returning with a balloon to act as a fulcrum (I and another volunteer, were astounded as I don’t think either of us thought to do that). It worked well, almost too well.

While all this action was taking place, with volunteers moving in and out helping other EWB’ers we got a chance to hear song, see dance and take part in a wonderful day of celebration. It also doesn’t hurt that there is a provided lunch.

Yet at the end of the day, when it’s all done and over, you can’t believe that what was a few hours flew by like minutes and you need to head back to Melbourne. This year will be different however, as I am looking forward to helping coordinate the EWB NAIDOC event. My aim is to provide as an enjoyable experience as I have had and ensure that the volunteers who come up can take something valuable back and have the desire to return in the following years, as I surely will.