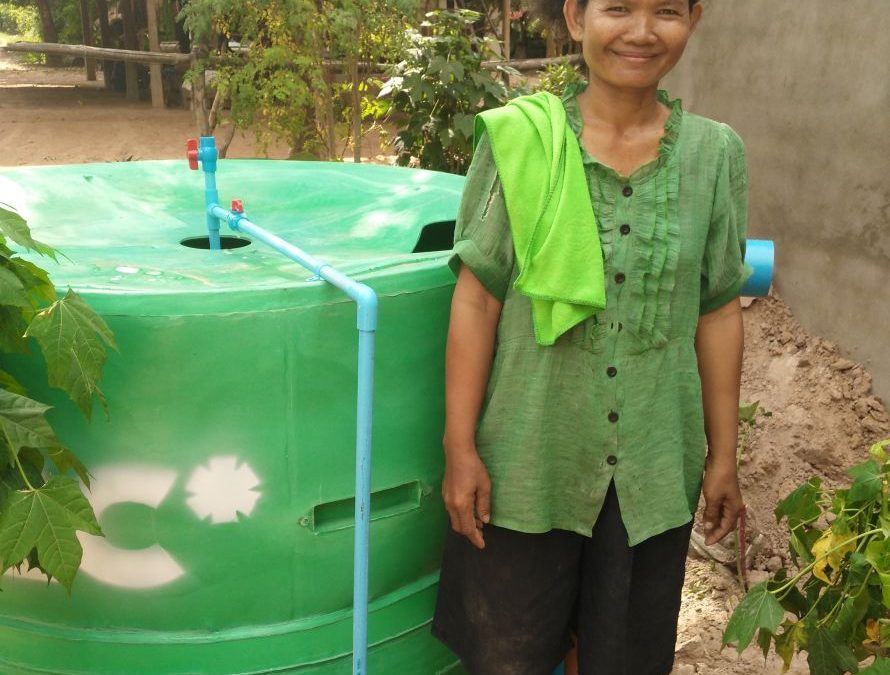 ATEC* Biodigester, the social enterprise developed from EWB Australia’s partnership with Live and Learn Environmental Education has been named the Sankalp Southest Asia Social Enterprise of 2016. The award, part of the Sankalp Southeast Asia Summit, saw ATEC* shortlisted as one of ten finalists, from a field of 152 social enterprises across the region, before being named the winner. Other finalists for the award included Watershed Ventures, Happytap, NRG Solutions and Hilltribe Organics.

ATEC* Biodigester’s are a piece of appropriate technology that combines manure or kitchen waste with water to create fertilizer and gas for cooking, and has proven a success in a country were many rural communities don’t have access to reliable and cheap energy, and there are significant health problems from smoke inhalation. By utilising the Biodigester technology to create clean energy, families can replace the wood burning stoves that have been traditionally used to cook. Creating healthier living conditions for families, but also cutting down on the reliance of wood in a country where only three percent of natural forests remain.    The recipient was chosen after finalists pitched to an expert panel of impact investors while also undertaking a 90 second elevator pitch the conference audience.  ATEC CEO Ben Jeffreys said the award was due recognition and reward for a successful year for ATEC, ‘in the last 12 months we have seen ATEC’s significantly increase its impact in Cambodia expanding to 3 provinces. Over the next 2 years we plan to expand to 13 provinces in Cambodia as well as work with partners to take the technology across Asia, allowing more rural families to benefit from clean energy and increased crop yields that result from the unit.” As the winner of the award, ATEC* receives US$3,000 dollar prize, US$5,000 dollars worth of Amazon services and the ability to pitch at the Sankalp India Forum in 2017. The ATEC project was also the inaugural recipient of the Google impact challenge in 2014, receiving AU$500,000 funding from Google.  For more information on ATEC's Biodigester Social Enterprise. Please visit www.atecbio.com