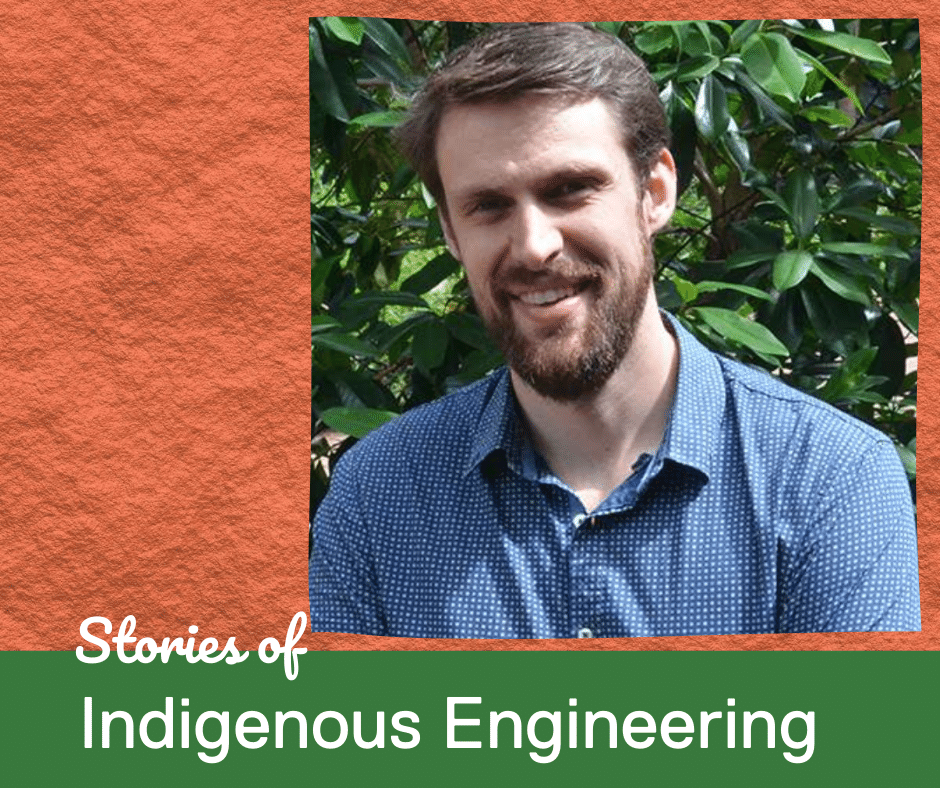 Dr Tom Goldfinch is a Senior Lecturer from the University of Wollongong who works on improving engineering education through curriculum development and research. He believes the engineering profession in Australia can be more creative and innovative when it embraces diversity and different ways of understanding the world. Tom shares his perspective in our Stories of Indigenous Engineering series.

Tom Goldfinch describes his professional journey as “the typical white, male middle-class engineering one”. His father and grandfather were engineers, so he had no doubt about what he wanted to do and went straight from high school into mechanical engineering. But once he got to university, he took a different path.

Tired of textbook theory and problem solving in his final year, he decided to do his undergraduate thesis on an engineering education topic looking at interpersonal communication skills of engineering students. When he graduated, instead of taking up job offers, he decided to stay at university and continue researching. This lead to his PhD on Introductory Engineering Mechanics Education.

Part way through his PhD, Tom says he became interested in intercultural competence (how to work effectively across cultures), which in turn led to exposure to Aboriginal cultures and inspired him to research Aboriginal perspectives in engineering.

“Diversity of thinking is a critical component of creativity and innovation. In my work, I’m always seeking out people who come from different backgrounds because it makes exploring a problem so much easier. You have different life experiences which brings a diversity of world views and everyone looking at the problem from a slightly different angle. It makes it easier to come up with good ideas and recognise flawed ones. For example, I’ve found when you are scoping out a student project or thinking about how an engineering project should be implemented, the Aboriginal people I’ve worked with have a very different experience of being listened to and being respected in that process. They have a lot of very different advice about project context and impact, and also how to engage with a community, not just an Aboriginal community, but any community to get better community participation and strong community support for a project.”

His views on the need for more Aboriginal voices in the engineering industry are inspired not only by his personal experiences, but also by research which shows inclusion of a diverse range of people drives creativity and innovation.

“If you have a room full of like-minded engineers, it’s very hard for them to challenge each other on certain assumptions about a project because they are all assuming the same things,” he explains.

“I think we need to really focus on exploring what greater diversity actually means for engineering and how it might change the way we do it.”

On a practical level, Tom says getting more Aboriginal and Torres Strait Islander people into professional fields such as engineering where they are under-represented will advance reconciliation and improve communication and cross-cultural understanding.

However, he says “Universities are putting a lot of effort into attracting different types of students, but we don’t do enough to take advantage of this or ensure that diversity in the student population is then reflected in the engineering profession in Australia. Not enough is being done to ensure engineering is meaningful for people from non-traditional backgrounds or that they have the opportunity to contribute to and change engineering practice.”

Tom also believes not enough is being done to promote engineering as a career option for Aboriginal and Torres Strait Islander people. While professions like health, law and education have long been promoted as attractive career choices for Aboriginal and Torres Strait Islander students, engineering has not been promoted to the same extent or for as long.

“I’d like to see engineering become a standard go-to area of study for Aboriginal people,” says Tom. “Now, I think it’s off in the wings and not much known about it. Engineers can have a lot of impact on land and on people and I think having a greater representation of people from Aboriginal communities not only improves diversity, it creates an opportunity for them to have more influence on what happens.”

His hopes for the future?