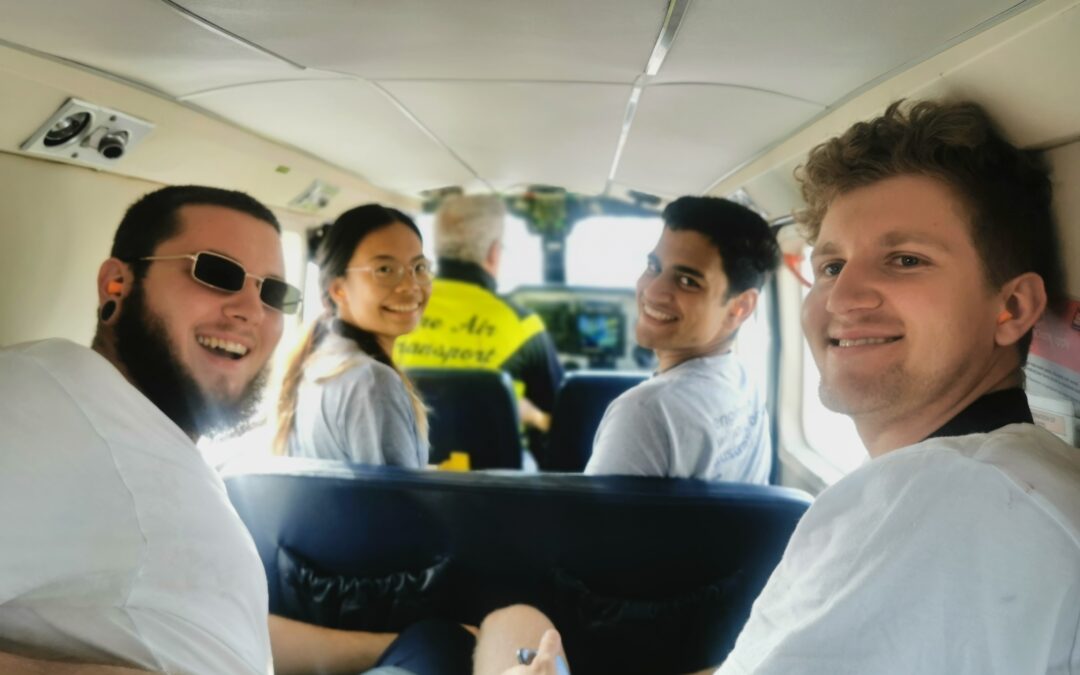 Before the volunteers from EWB’s 2019 Regioneering program flew to the Torres Strait, the students involved in the upcoming workshops were asked to draw a picture of an engineer. One young girl drew a male stick figure next to a car – no surprise!

After the workshops, the students were again asked to draw a picture of an engineer. This time, that same young girl drew a female stick figure next to a rocket.

We asked some of our past regioneers about how their head and heart contributed to their decision to volunteer, and what they’ve seen come from their actions. 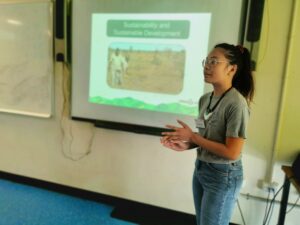 Patricia talking to a class

For Patricia Tatel, the head part of that decision was all about evidence. With a scientific mind, Patricia needs solid grounds in order to believe something like this is worthwhile. To her, the evidence of the program’s effectiveness was clear. Through prior involvement with the school outreach program, she knew how beneficial the workshops are. This, she says, is backed up through survey statistics compiled by EWB. Together they gave her the logical certainty in the program that she was looking for.

“I knew from day dot I was signing up for something that will be a positive for the community,” says Patricia.

That’s not all that compelled her to get involved. The idea of breaking through the stereotypes associated with engineering is one that is close to Patricia’s heart. In school, Patricia thought engineering was only for boys and she questioned whether she was smart enough to be an engineer. On top of that, she saw the racism that her parents, both engineers, received when they moved to Australia. Engineering, it seemed, just wasn’t for her.

That all changed one day at a high school camp at the University of Queensland. There she met a diverse array of STEM professionals, academics and students.

“They were from all walks of life and they all looked very very different. That was an eye opening moment for me. I was like oh I can do this, I am smart enough to pursue engineering.

That’s where my heart really plays a role in my involvement with EWB, because I’m able to empathise with the feeling that students experience when we engage with them.” 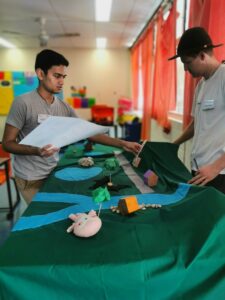 Keshav and Bradley setting up a workshop

As the 2019 trip was being designed, Keshav Kumar saw the thorough planning that the coordinators were putting in. Buoyed by that preparation, and the engaging cultural awareness training in the lead up, Keshav was eager to become involved.

Once there, he enjoyed witnessing the students’ belief in their problem solving skills grow in front of his eyes.

“There was one kid in particular who was by himself as the other kids were grouping together during a workshop. He had some really interesting ideas based on the images of bridges we showed him and a clear idea of what he wanted to do. And I saw the only real barrier to him doing that was knowing what materials were good and some small processes – the ideas were great. When I encouraged him and he saw how impressed I was by his idea, I saw a glimmer in his eye,” reflects Keshav.

Another volunteer from Keshav and Patricia’s 2019 trip, Bradley Watt, recalls a similar highlight.

“When we did the road design course, the students had to explain their decisions. They started off hesitant, but then they got on a roll and you could see their thoughts come together and it all made sense to them. Just seeing them light up with confidence, that was such a memorable experience,” says Bradley.

Another standout, Bradley says, was running with the local group The Deadly Runners. The 2019 program, led by Mecca M-Power grant recipient Erin Hughes, made an effort to link with community groups like the Deadly Runners, as well as the Thursday Island Community Garden program and Torres Strait Island Regional Council Engineering department.

“I definitely think it’s a two way kind of growth. I also learnt how to connect with younger people, how you hold yourself and how to make sure what you’re teaching is engaging,” says Bradley.

Chelsea Hayward also sees the experience as beneficial for engineering students, and important for the engineering industry too.

“The students had to write reflections, and all of a sudden they were writing about the possibilities of becoming an engineer in the future, which makes my heart so happy.

As engineers it makes sense for us to be as diverse as the communities and society in which we work. Being a woman in engineering and seeing the lack of diversity, it’s really made me passionate about doing what I can to increase diversity in the sector.”

For Chelsea, learning about the local culture and the different ways of learning and teaching sparked a drive to build on her initial involvement.

“I brought that experience from my first trip into a project where I developed new resources for the school outreach program, specifically for Torres Strait Islander students,” says Chelsea.

Supported by the 2017 MECCA M-Power grant, Chelsea returned to pilot those resources, which had elements of Aboriginal and Torres Strait Islander culture that link to science and engineering principles.

Instead of just reaching students once, the program visits the same schools annually to provide a continual connection. It’s part of the program’s long-term approach to engaging students in STEM. Jeff McAllistair, a two-time regioneer, finds this aspect of the program to be crucial.

“An afternoon in the classroom once off has the potential to plant that seed, but it’s really repeat exposure that fortifies those lessons and those conversations in the minds of students,” says Jeff.

For Jeff, the value was in more than just the workshops – the informal discussions that took place afterwards were just as important. That provided the space for even deeper conversations, and a chance for the volunteers to learn from the teachers and students, too.

Aware of the importance of sustained engagement, Jeff returned a year and a half later.

“We went to some classes with students from the first trip, and while they may not have remembered all the technical side of engineering, they remembered us coming and were excited to see us again and see what new workshop we brought,” reflects Jeff.

Another volunteer who was encouraged by the program’s real impact was Madison Wright. A key part of Madison’s decision to take part was knowing that the trip could lead to real, beneficial change.

“It was really important that we weren’t just packing up our things and talking at the students and the teachers. Instead a collaboration with the teachers,” says Madison.

Madison says there’s no better time to start to take action and create actual change than when you’re in university.

“You have a lot more flexibility with your time, so take advantage of that. You just learn so much while you volunteer, so go for it.”