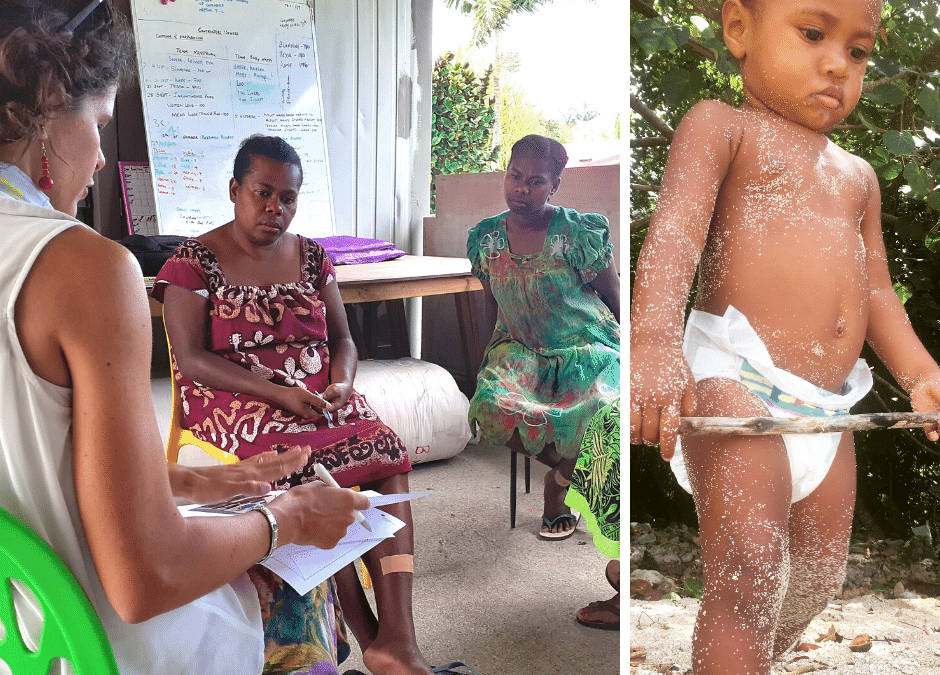 Vanuatu is setting out to become the first nation to ban disposable nappies.

With an estimated 20,000 babies and toddlers on Vanuatu’s 65 islands, disposable nappies are the single largest contributing item to waste in Vanuatu’s capital, Port Vila.

And their disposal in rural and remote areas is handled in ways that sometimes are as potentially damaging to a communities’ health as open defecation.

The disposable nappy ban was set to roll out between November 2019 and December of 2020 as a significant step to promoting critically needed good sanitation and hygiene outcomes and to combat waste pollution, and its contributing role in the Climate Crisis.

CYCLONE HAROLD AND COVID-19 IMPACT THE BAN ROLL OUT

The wide range of Water, Sanitation and Hygiene (WASH) models that exist across Vanuatu – from urban, and peri-urban to rural and remote locations – means that implementation of the roll-out would have its complexities. In addition, as the ban would disproportionately impact on working women, a stepped and evolved roll-out would be needed in order to address community concerns.

These factors were however severely compounded by the almost parallel impacts of the COVID-19 pandemic and Tropical Cyclone Harold which made landfall in Vanuatu in April, affecting more than 159,000 lives.

Given these factors, the ban timeline has been understandably extended.

EWB sees an important opportunity to support local government and NGO rollout of the proposed ban as and when it can be prioritised. This builds on the past two years’ of work that EWB has conducted alongside Vanuatu’s Ministry of Health (MoH) to develop Vanuatu’s sanitation guidelines, as part of the Sanitation in Challenging Environments (SCE) program.

In order to support the nappy ban, EWB is currently focused on the development of a system to quickly and effectively wash reusable nappies without an electric washing machine and a system to ensure the hygienic treatment of the water used to wash the nappies.

EWB started working with Mama’s Laef in September 2020. Mama’s Laef is a social enterprise owned by Jack and Mary from Pango Village, South Efate. The couple manufacture women’s menstrual pads and children’s washable nappies from a home factory. Earlier this year these products were sent to Santo as part of relief supply kits after cyclone Harold devastated local communities.

In order to support the implementation of the second phase ban of single-use plastic items including non-biodegradable disposable nappies, EWB is focused on working with Mama’s Laef as they incorporate inputs from the MoH and other key stakeholders. The aim is to provide complimentary assistance to the Department of Environmental Protection and Conservation (DEPC) by finding improved practical solutions.

Given inconsistent access to power across the many dispersed communities, villages and islands that make up Vanuatu, a practical way to provide safe, hygienic and water-efficient cleaning of reusable nappies will be key to the successful rollout of the nappy ban.

Which is where the Tumble Drum Project comes in.

After consultation with community and focus groups, the collected data fed into the design of a Non-Electric Washing Machine, including the identification of project requirements and specifications.

A prototype will be rolled out in 2021 within these same communities in order to test the design, iterate, and ultimately scale the technology. 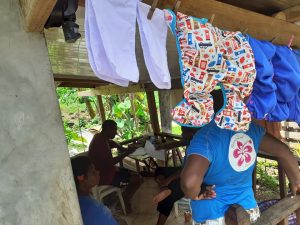 WHY IT MATTERS: SAFE SANITATION

With diarrhoeal disease one of the biggest killers of children under five in the world, getting this right will be critical across Vanuatu and especially for outlying communities.

The greatest challenge is the safe disposal of wastewater containing infant faeces. Infant faecal germs and bacteria can cause diarrhea and other chronic illnesses which in turn can become a threat to public health if not successfully addressed.

EWB is working alongside technical and research teams to come up with improved practices for disposing this kind of wastewater.

Sanitation management practices and ideas are discussed with communities as part of the project. Another benefit of the project is the potential of start-up laundry businesses which may become viable for some community groups or individuals with the advent of the new Non-Electric Washing Machine.