A day in the life of an EWB Field Professional 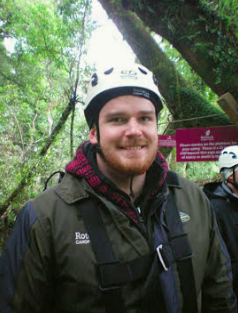 A Day in the Life – An EWB Field Professional experience in Phnom Penh.

By Lachlan Guthrie – originally published on his blog.

Recently I have been given an amazing opportunity to represent EWB Australia in Cambodia, working with our long term partner RainWater Cambodia (RWC). I’ve been in country now for almost 3 weeks and wanted to put some thoughts down on paper, sort of like a journal and share with anyone who wants to read it. I will try to post a new blog every fortnight, though it will probably end up being every month. I want to try to give my account of the language, cultural, workplace, and just general life issues that I come across living in a new and exciting environment. I’m hoping that through time I will be able to see and document my progression as a humanitarian engineer and bring others along for the ride.

You may not be familiar with two words that I use in this post, face and moto. The term face idiomatically refers to one’s own sense of dignity or prestige in social contexts (thanks Wikipedia). A moto is a small scooter that most people use to get around here.

Getting set up in Phnom Penh was actually a fair bit more straight forward than I expected. My main concern coming in was finding an apartment, but after viewing a couple of places with a real estate agent I realised that there were plenty of pretty reasonable places near the Russian Market. We wanted to live near here because we were told that it close to a lot of cool places and where a lot of expats live, it sort of feels like the Brunswick of Phnom Penh. After only a week my colleague Fatima and I had already moved into a nice place just a short walk from the Russian Market. The picture below is a view from our balcony out the front. (There’s even a small supermarket at the end of the street that sells vegemite!!!)

Other than that, in the first week I had begun language classes, found a new church, caught up with a number of friends, and gone into the market every day. Going to the market is great, you get to practice Khmer, interact with the locals and just absorb being there. I’ve already found a couple of new favourite foods, borbor (rice porridge), mangosteen (a type of fruit) and café kmau (black coffee), there’s a picture of borbor on the left.

Since the first week I’ve also done other “life” things like setting up a bank account, catching up with more friends, getting a moto (sort of, it broke down on the second day I had it), continuing Khmer class, and of course starting work at RWC.

As you may know, I have a lot of personal mottos, mantras and inspirational quotes that I can draw on from time to time. There have been three, one of which I have just learnt, that have been crucial to me during the last few weeks.

DIVE is a model to use to help improve your intercultural competence. It’s an acronym for Describe (Objectively describe what you see, hear etc), Interpret (What do you think is happening?), Verify (Can you check your interpretation?), and Evaluate (How does this make you feel?). These are four steps in order of how you should assess behaviour in a new culture. Most people when they try to understand culture jump straight to evaluating the behaviour, which then alters what they interpret and then describe. If you use the DIVE model it lessens the likelihood that your previous cultural experiences will cloud your understanding of the behaviour. An example the trainer Terry used is on the right, my first thoughts were that this is pretty dangerous, but this was me jumping straight to evaluation. By first describing what I was seeing (ladder on power lines, sharing the road with cars, two mean holding the ladder) I began to interpret in a different way and came to the conclusion that it might be the quickest and easiest way to do this work.

Time management and self-leadership is crucial when experiencing new culture. With all the new experiences, all the new people, as well as a different language, different weather, and different working hours. It’s pretty exhausting. For me it’s been very important to give myself time off, so I make time to give myself time off. Seems pretty straight forward doesn’t it? I feel like I’ve done a lot over the last three weeks, but I’ve had to hold myself back a number of times and just chill out at home and go to bed early.

There have been three really good examples of where my mottos have come in handy already.

Going to Vietnam for 30 minutes

A week ago I needed to head to Vietnam to get my Cambodia visa changed (completely my mistake for not reading the pre-departure pack). At the border, I got “help” from a Vietnamese guy to get my new visa. I must have said to him 20 – 30 times that I need an ordinary visa because I live in Cambodia, not in Vietnam. Long story short, I ended up with a second incorrect visa (which has now been fixed). I yelled at him and accused him of stealing in front of Cambodia border officials and it cost me $70 more than it should of. I assumed that he scammed me, because I ended up with the wrong thing and he kept his reasonably large tip. But this was most definitely evaluating first and not using the DIVE method.

What I saw: he was very eager to help, he always answered yes, and he appeared absolutely devastated when I accused him of stealing.

Why do I think that has happened: he didn’t understand me, he thought I lived in Vietnam and needed a new Vietnamese visa, he didn’t want to lose “face” by saying no to me.

Can I verify this: he lost a lot of face when I accused him of stealing and was therefore very upset and that is why he appeared devastated.

How do I evaluate this now: he wanted to help but was confused and didn’t want to lose face.

After this new evaluation I realised that I did not ask him any open questions. Open questions are those that require more than a yes or no. For example, I said multiple times “I need to sleep in Cambodia tonight” “I need an ordinary visa” “Do you understand?”. I never asked, “What visa will you get me?” “Where do you believe I live?” “How much will the visa be?”.

During this whole ordeal I got pretty stressed but it turned out okay in the end. There was a time when I was in Vietnam for a brief period (possibly illegally as I hadn’t had my passport stamped on entry) withdrawing 500,000 dong from an ATM, and I felt like things were spiralling out of control. However, when I got back to Phnom Penh that night I had my passport, visa and (as Fatima pointed out) both my kidneys, so it was a success!!! Afterwards, the man that tried to help me disappeared without me being able to apologise, but he still kept his pretty decent tip, so I’m not too concerned about this.

When I first came to Cambodia I thought the traffic looked completely disorganised and scary. I thought “how could anyone possible ride in this?”. This, of course, is me again jumping to an evaluation. What I’ve since done is got on a moto and had a crack while trying to objectively describe what I see. Already I can see patterns emerging, I can understand a lot better when to overtake, turn and give way. Most importantly I safely rode to work during heavy traffic (about 8 km took me 50 minutes), which is something I would have thought was impossible for me just two weeks ago.

Participating in a fully Khmer meeting

On my second day at RWC (just after riding to work for the first time) we had to immediately leave to head off for a meeting. At the beginning of the meeting, I introduced myself in Khmer and one of the men we were meeting with said that it was great I spoke Khmer as it is difficult to discuss complex issues in your second language and now the others can discuss in their mother tongue. My first thought was “I don’t speak Khmer” but then quickly I thought “have a crack”. The whole meeting was in Khmer and I was really surprised at how much I understood, I was able to get the general idea on most of the key points and even ask a few questions (in English). I think that I was only able to get into the position where they were comfortable participating in (using that term very loosely) the meeting because of me going into the market each day and trying to speak the language. I thought that that was important and therefore I made time for it.

I’m really excited to see what the next opportunities that I come across are if I continue to use the DIVE model, having a crack, and making time for the important things.

You can follow Lachlan's experience in Cambodia on his blog.