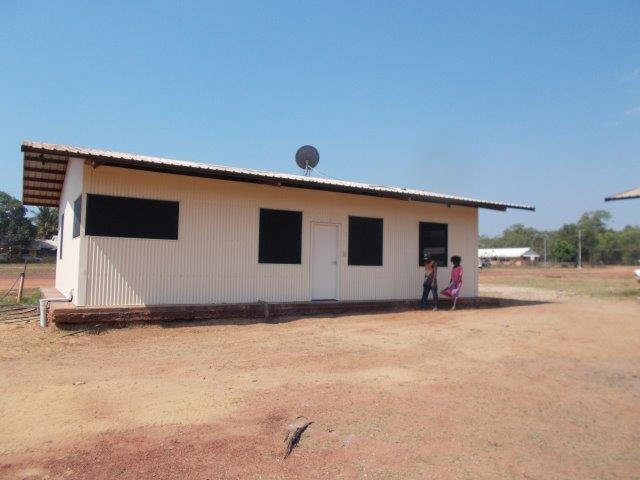 The shelters, often called Chook Sheds, historically provided temporary accommodation for around 50 people at a time. Previously in terrible and unliveable condition, the shelters now provide some of the comfort, safety and dignity that the community members deserve. Furthermore, the community can now seek funding and plan for more vital improvements.

There are many reasons why it’s important that temporary housing is available for the community so people can move between Maningrida and their homelands, for example coming in for meetings, and accessing essential services, such as health care and education. Making the shelters habitable means the 300-600 homeland residents can make more reasonable choices between accessing services that they need, while still maintaining their connection to country.

The six steel shelters ‘Chook Sheds’ were built over 20 years ago. They were originally intended as temporary dwellings for homelands residents who moved into Maningrida during the wet season, or as a place to stay during the dry season to access services. There are two blocks of land with three large sheds on each block. Each shelter is made of a steel framework with corrugated iron walls to waist height and wire mesh to the roof. There are two ablution blocks with communal toilets and showers.

Two decades on, the shelters had fallen into disrepair and the residents were living in poor conditions. The corroded iron walls didn’t reach the floor, the steel frames had rusted, and the shelters were dirt traps. People had to cook outside because there were no indoor kitchens and tents were erected in the shelters to provide privacy and protection from the elements. There was only one lockable room and one tap per shelter. Tarpaulins were strung up to try and block the incoming rain during the wet season. Karl Dyason, CEO of the Bawinanga Aboriginal Corporation says, “They deteriorated over time and I think appalling is a reasonable way to describe them.” Due to a critical housing shortage in Maningrida, the community is already dealing with the issue of homelessness. The shelters, whilst originally intended for temporary residents, are now housing more permanent populations and the need for improvements had become dire.

The Bawinanga Aboriginal Corporation grew out of the decision of land-owning Aboriginal people to exercise their rights to live on ancestral country in the regions surrounding Manayingkarírra / Manawukan / Maningrida. The role of the corporation is to improve the lives of people on homelands by caring for culture, languages and country, through services that improve housing, health, education and roads.

The organisation was successful in securing $800,000 in funding from the Northern Territory and Federal Governments to build ablution blocks and refurbish the shelters. First of all, they needed a structural assessment on the shelters to determine if they were worth repairing and, if so, what should be done. As Maningrida is in a cyclone area, the Bawinanga Aboriginal Corporation wanted to make sure that any repair work would endure. 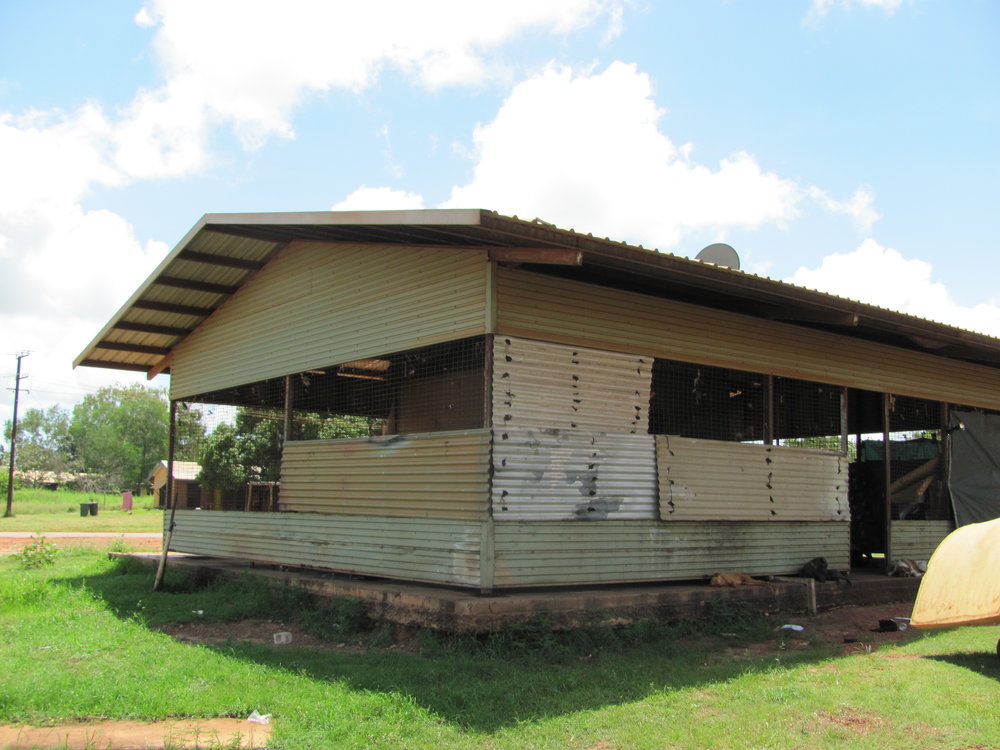 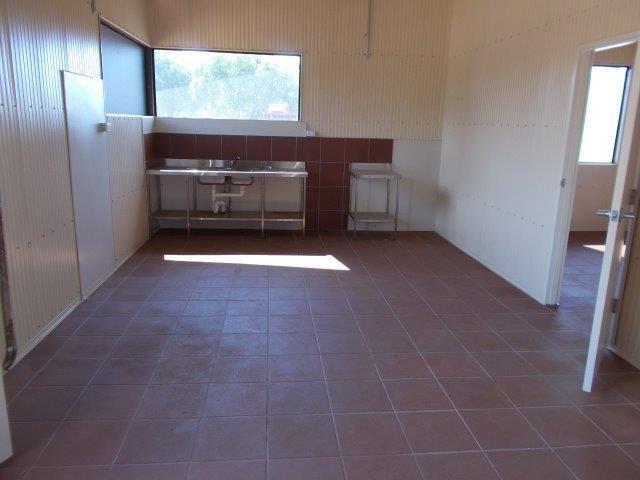 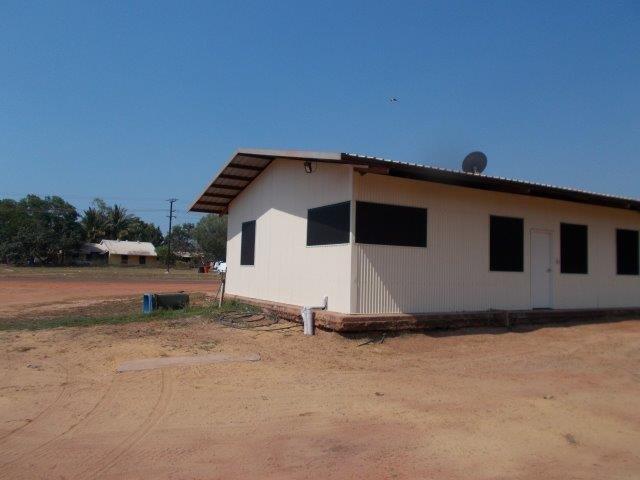 EWB Connect brokered pro bono services from a consulting company to provide a structure assessment, which allowed all the funding to stay in the refurbishment budget.

Karl Dyason, CEO of Bawinanga Aboriginal Corporation, worked with EWB Connect to define the project scope. EWB Connect then brokered a partnership with GHD who provided an engineering assessment and advice.

GHD treated this project much like any normal job by following a process that first clarifies the brief and establishes the client’s expectations. Senior Structural Engineer from GHD, Sheila Olandria says, “At the beginning we ask, what is the intent of the assessment and what do they want to accomplish? When I went on site I asked, what is the history of the building, what is its function, and what do they intend to do with it?”

Sheila visited the site for a day. She worked in partnership with Karl to make sure that the community were always aware of the project’s activities before they happened, including the inspection. Sheila walked around shelters with the residents, looked at the slabs, columns and framing, and documented the condition of the buildings.

As the community members had such a detailed, working knowledge of the buildings, they could reveal structural damage that may have been more difficult to find. Sheila says, “That’s when they were helpful and started showing us around the shelter. Sheila adds, “I had a chance to talk to the locals who were living in the shelters and they were pretty excited that something was happening. They were very accommodating in showing me places that required repair.”

GHD developed a concise and clear structural assessment report, complete with recommendations. The report found that the structures could be repaired to make them useful in the long term. The most important finding was that sections of structural steel had degrees of corrosion and needed replacement or refurbishment.

Bawinanga Aboriginal Corporation used local tradespeople to convert the Chook Sheds. The end results are residences that offer more comfort and privacy. Each shed is now a three-bedroom dwelling with a kitchen and living area. The ablution blocks now have two toilets, two showers, and laundry facilities. Karl says, “People have now got somewhere decent to live, whereas before they were living in squalor.” Karl adds, “We’ve put in concrete pathways from each shelter to the ablution blocks so they are, at least, not walking through the mud (during the wet season).”

The rate of homelessness in Maningrida is still a concern, however the shelter restorations have made life less challenging. As Karl says, on behalf of the Bawinanga Aboriginal Corporation, “It’s gone from something that was just disgraceful, to something that we can say we’re not ashamed to be the lease-holders of that block of land.”

The engineering report was something that gave us the confidence to go ahead with the renovations.” He adds, “Once we were confident that the structures were still viable, the challenge was really how to undertake the renovations within a very limited budget. We had six shelters and two ablution blocks to upgrade. There was no way that we were going to bring them up to a standard that would be fully acceptable elsewhere, but we knew that we could make some pretty significant improvements.

The Bawinanga Aboriginal Corporation and the community appreciated the professionalism of both GHD and EWB Connect. Having the scope clearly defined at the beginning gave everyone a clear understanding of what the Bawinanga Aboriginal Corporation was trying to achieve. This was then followed up by GHD who delivered on its promises in a thoughtful, appropriate and timely way.

Throughout the project, the Bawinanga Aboriginal Corporation consulted closely with the resident communities. As Karl says, “We put up a couple of different suggestions for the inside layout and they chose the one that they thought would suit them best. There were things there that they wanted to add onto the project that we haven’t been able to do yet. Things like putting up fencing around the outside the blocks and being able to establish gardens. And they are also wanting a covered cooking area in the middle of the lot. We’re still waiting for a bit of funding.”

The budget wasn’t able to provide everything that the community needs and the Bawinanga Aboriginal Corporation is seeking further funding for more important work. Karl says, “The next phase will be to replace the roofs and put in ceilings.”

Being on site provided the engineer with much more than just an understanding of the physical structures. Having the opportunity to talk with the community members allowed Sheila to see what was important to the residents. She says, “It was good to see things first hand and get to talk with people. And it was great to be involved with a different project that was pro bono work.” Sheila adds, “I had a chance to look around, not just the shelters, but what the community does and see their art and different industry they have in the community. That was something I’ve never seen before.”

Sheila found the help and guidance of Karl from Bawinanga Aboriginal Corporation vital to her work on site. She says, “I’ve had some cultural training prior to going on site, but that was more generic training. Each community is different. Karl knows more about the people and the community, so having him there helped.”

Sheila has found professional satisfaction in the project’s outcomes that make it stand out from other projects. She says, “At the start, it was just a normal project, I didn’t foresee the impact that it would have. If given the opportunity I would do more pro bono projects like this one.” 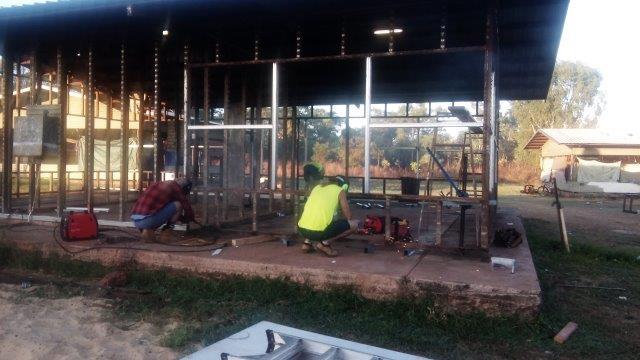 The residents are still overjoyed by the change in their circumstances. This wet season will be a lot more pleasant than previous ones. They’ll have a safe and secure area where their belongings can stay dry. And where they can stay dry.” Hopefully, with further funding, the Bawinanga Aboriginal Corporation will be able to realise further their vision of creating housing that cares for culture, languages and country. 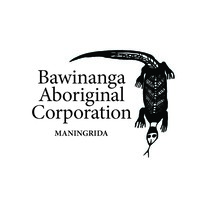