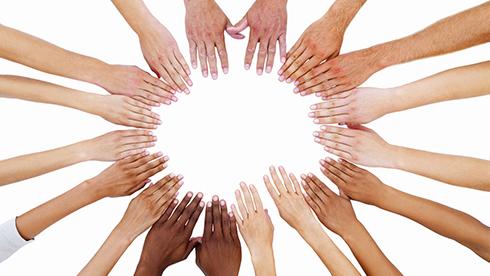 How can we encourage Pro Bono services in our industries? This was the question raised at the recent think tank event organised by Engineers without Borders (EWB) and Engineers Australia (EA).

During this event, participants were given the opportunity to engaged with a leading Pro Bono advocates from The Australia Pro Bono Centre and EWB professional staff. The event initially looked at how the definition of ProBono comes from the Latin term ‘for the public good’. In a professional sense this is interpreted as giving free or substantially reduced fee professional services. Under this definition Pro Bono is different to normal volunteering due to its reliance on professional expertise. It therefore requires professional qualifications and insurances.

In the legal sector attendees were informed that Pro Bono is increasingly seen as a standard practice for law firms. A cultural shift lead first by the recommendation for the established of a taskforce by the Federal Attorney General and the resulting creation of the Australian Pro Bono Centre. Today, approximately 20% of qualified legal professionals are providing Pro Bono legal services. As a group, in 2017 the National Pro Bono Aspirational Target signatories reported doing on average approximately 35 hours per lawyer of pro bono legal work during the 2017.

Today in the engineering sector there is an increasing shift to promote Pro Bono services even without governmental recommendation. The think tank looked at a range of examples of where this is already occurring; including increased client demand for the demonstration of Corporate Social Responsibility (CSR) in tenders, the establishment of Humanitarian Engineering majors at UNSW and the increased demand for CSR programs by graduates. While all these programs increase industry social impact, it was acknowledged that without industry-wide awareness and coordination these actions are isolated, ad hoc and struggle to achieve their full impact.

So how might coordination be achieved? The Australia Pro Bono Centre noted that in the legal sector their role is
not to make formal pro bono referrals. Pro bono clearing houses and other similar organisations have been established for that purpose. The Centre instead seeks to drives engagement by publishing best practice resources, reporting on hours of legal pro bono services and providing recognition on the achievement of signatories in the Pro Bono sector.

From this approach for the engineering sector discussions agreed that achieving this shift would require guidance from multiple influencers. The think tank identified key players as follows: academia to imprint Pro Bono into professional training, clients to include formal requirements for CSR in tender arrangements and industry bodies to redefine wider industry goals to acknowledge the need for Pro Bono coordination. Like in the legal profession, these actions have the potential to create the framework required to encourage Pro Bono, while leaving it up to the various industry elements to define a preferred delivery model for their individual sectors.

With an approach defined, the event wrapped up looking what we each might do to promote the current shift to an established Pro Bono framework. While actions by universities, professional bodies and clients were clearly defined, the roles of the private sector and NGO sector were not as easy to define. For NGOs, the legal sector
model of providing clearing houses for Pro Bono project connection as well as guidance on best practice were identified as potential roles. In terms of the private sector, ideas raised for discussion included encouraging employees to promote Pro Bono and hold employers accountable to CSR and Pro Bono targets. As employees we also can promote to our management the value of Pro Bono in staff retention, recruitment and industry
engagement.

Finally, we all, as members of the professional community, have the ability to push both our government and institutions to make Pro Bono part of engineering industry DNA. Should this happen I expect events such as Encouraging Pro Bono would quickly change to Engaging with Pro Bono.